Where the wild things (and students) are: Toad Hall Toys 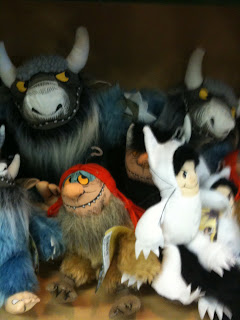 All classes should involve puppets, robots, and fake mustaches.

Today, my first-year advertising class and I went to Toad Hall Toys in Winnipeg's Exchange District, so students could learn more about the store, the better to write their first 30-second radio ad for a real-life retail client.

The real reason: to look at, play with, and buy some cool toys when we were supposed to be in school. But I won't tell if you won't! 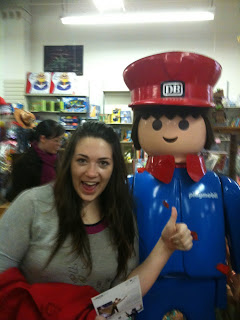 Toad Hall Toys is the most magical toy store in Winnipeg - from its heritage location, complete with swinging, wooden sign, to the homey, warehouse-style interior and supercool stuff on display: planes, trains, automobiles, robots, playsets, puppets, fish, candy, science experiments, dollhouses, and books, including every kid's favorite: Charles Darwin's On the Origin of Species: 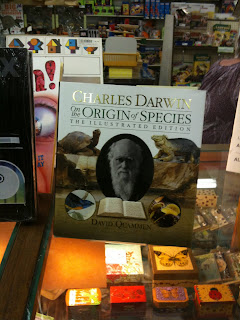 Darwin: "What am I doing here?"
On a day when you're feeling blue or want to get away from the everyday grind of life, Toad Hall Toys is a pretty great escape; you can spend hours there, and not be aware of the passage of time. Grown men have been known to walk in with purpose, on a tight timeline, only to be found six hours later in deep conversation with a ladybug puppet: 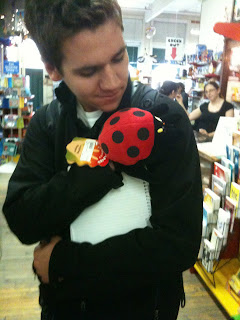 Part of Toad Hall's charm is - in this era of videogames and downloadable cell-phone apps - its undying loyalty to the retro charms of train sets, dollhouses, board games, and wooden and tin toys. 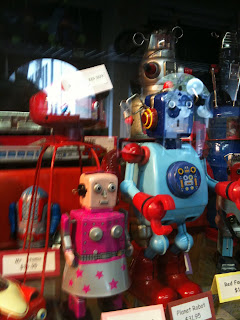 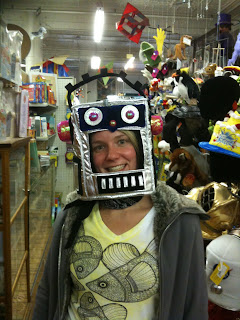 After an hour-long visit to the store, we returned to Red River College with our purchases; my students wrote their 30-second radio ads, while I had the much-harder problem of trying to eat a box of Gobstoppers without anyone noticing.
So, how do you sell a store with so much going for it in just 30 seconds on the radio?

Easy: you start with a fake mustache, and the rest takes care of itself. 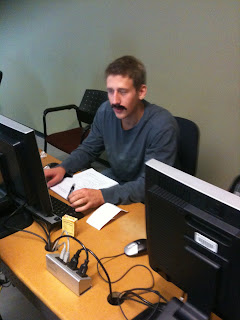 Answering the question: whatever happened to Saddam Hussein?
Posted by Kenton Larsen at 6:37 PM