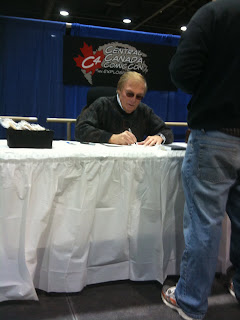 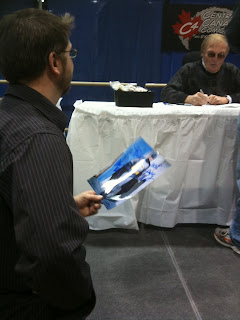 3. Noticing that the guy who plays Chewbacca looks just like him in real life: 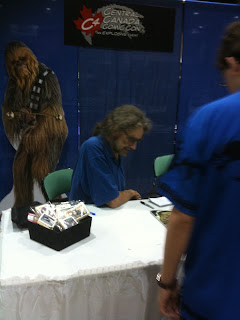 4. Wondering whether this is a great portender of doom, a kick-ass costume, and paint that will never, ever come off, no matter how hard he scrubs: 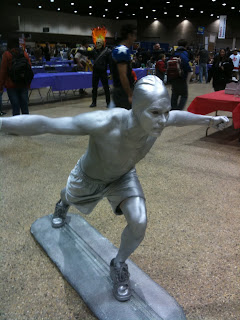 5. Remarking that homemade costumes are like homemade greeting cards: better than anything you can buy in a store, heartfelt, and...where the hell does someone get the time? 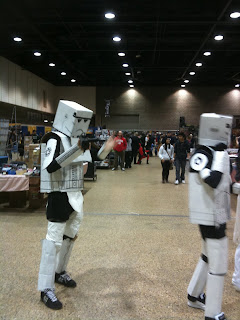 6. Capturing a man in the audience shouting, "Now there's a woman!" when he sees She-Hulk:

7. Noticing the look of fear in Dirk Benedict's eyes as he wonders, "Will this be an A-Team or Battlestar Galactica stalker?" 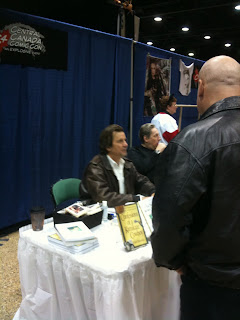 8. The chance to hang with Ghost Rider and his homies: 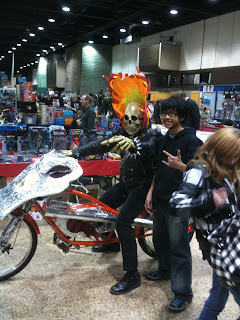 9. Noticing that, when juxtapositioned with the restroom signs, Rorschach and Silver Surfer make strange bedfellows indeed: 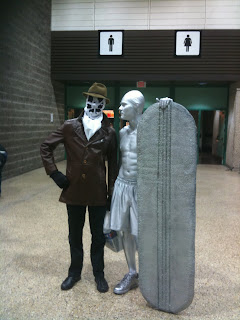 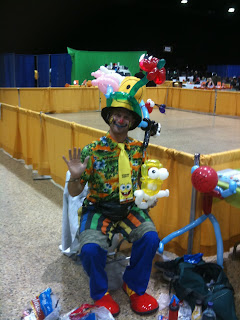