When the family's away, the Star Wars movies will play 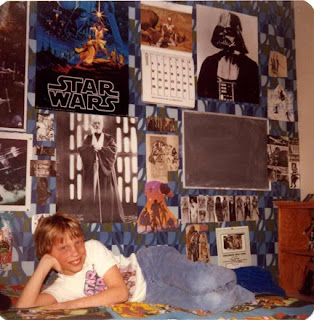 Hey, ladies! The man cave, circa 1977.
I've always defended my love of Star Wars to the uninitiated and unconvinced by putting it in terms that everyone can understand:

"Star Wars is like sex: even when it's bad, it's still pretty good!"

The line always gets a laugh, but I really do believe it; so much so that when my folks are out of town for the Thanksgiving long weekend I don't hang my head low and feel like I'm missing out on family time - it means I can have a guilt-free 14 straight hours of the Star Wars films.

And is that a steak I see in the freezer? Brahahahahaha! Enjoy Thanksgiving, suckas!

As I say in my Amazon.com review of Star Wars:

"To call Star Wars "technically innovative" is an understatement for the effect it had on audiences in 1977. When I saw it for the first time as a 10-year-old boy, my mouth dropped open within the first five seconds of the movie and didn't shut until well after the final credits - sheer, unadulterated joy at seeing something that I'd never seen before."

The movie felt so real when I first saw it, in my heart of hearts I actually thought that "pod racer, Tatooine" might be a viable career option.

No? Instructor at RRC will have to do, then.

So, having just watched the entire Star Wars series, Episodes I to VI in order without so much as a cranberry sauce break, here is my re-appraisal:

1.Episode I: The Phantom Menace

It's also got some of the worst: Jar Jar Binks, a big brew ha ha about signing a treaty, and the worst, most wooden performance by Natalie Portman ever captured on film.

1. The worst character in the Star Wars saga is easily Captain Panaka, who is only in the film to tell us about what he CAN'T do: 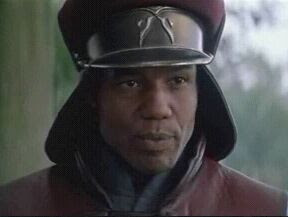 2. Taxation of trade routes, signing treaties, and congressional debates sure are boring.

3. Lots of insults about the size and weight of one's noggin. "Are you brain dead?;" "Are you brainless?;" "You humans think your brains are so big..."

4. John Williams' music makes any movie seem better than it actually is.

5. Who thought that the addition of alien buffoons with Chinese accents would be a good idea?

7. "Doo doo;" "poo doo;" fart jokes, and Jar Jar stepping in crap - a subtle hint about where this movie ranks in the Star Wars saga?

8. Jake Lloyd can't act; but that alone doesn't explain why Anakin is the happiest, pluckiest slave in the galaxy.

9. Jar Jar Binks still sucks, especially when he says, "Okee day?" and "excweese me!" He also reminds me a lot of Omar White on HBO's prison drama, Oz - and Omar was ingesting lots and lots of drugs.

10. Why is there so little in the way of foreshadow in this film, given the title of the film? What we're left with is an expensive Scooby Doo episode. "Da rhantom, da rhantom!"

2. Episode II: Attack of the Clones

The second most-hated film in the Star Wars saga could also be called "The Kenobi Mysteries" for rethinking Obi-Wan as a gumshoe detective in the same (varicose?) vein as Angela Lansbury - trying to find the source of an errant dart.

George Lucas goes overboard with the origins here, explaining Boba Fett, C-3P0, and Darth Vader's motivations to death, giving us the most clunky romance ever committed to film, and not allowing the clones to attack until the last half-hour of the film.

But the Yoda fight almost makes up for it.

1. Turns out all Storm Troopers are from...Australia?

2. That Binks idiot doesn't say very much this time - yay! - but he's the deciding vote that gives power to the Emperor and allows the clone army to get activated. Turns out that Jar Jar is "clumsy" in the same way that George W. Bush was "clumsy." 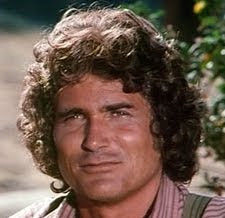 4. Anakin Skywalker morphs into Andy Rooney before our very eyes: "I hate sand - it's annoying."

5. R2 can fly? That would have come in really handy in episodes IV to VI.

6. A lot of those Jedis fighting in the temple look suspiciously like doughy special-effects designers.

10. C-3P0 says three puns in a row as he's dragged out of the climactic battle? Uncool.

3. Episode III: Revenge of the Sith

This film would have knocked people's socks off, had they not suffered so much through the first two episodes. From the first word in the opening crawl: "War!" and our first glimpse of the Rebel Blockade Runner in over 20 years, to the extra-crispy Anakin and Chewbacca on his home turf, this movie actually rules much more than I remembered.

1. We cut right to the chase with a monster space battle. Good call!

2. Obi-Wan finally gets some great lines: "Sith Lords are our speciality;" "Anakin is the father? I'm sooo sorry."

3. Obi-Wan finally gets his own trademarked battle stance. 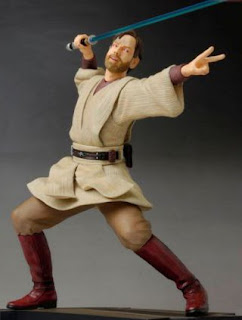 4. CreComm grad Pablo Hidalgo shows up as an extra in the opera scene: the first person I know who appears in a Star Wars film. Yay!

5. The dead-Jedi montage in the film is the sci-fi equivalent of the dead-actor montage at the Oscars.

6. That Emperor can really act. His little parable, "the tragedy of Darth Plegueis the wise," is the most riveting non-action scene in the Star Wars franchise.

8. Yoda and Obi-Wan should fight together more: it looks like they're having a good time.

10. Once you go extra-crispy, you can never go back.

This movie shows the galaxy in recession after too much irrational exuberance and Clone-War spending. Proving the old adage that intelligence borrows and genius steals, Lucas updates Kurosawa's "The Hidden Fortress" by combining it with the Wizard of Oz and Metropolis.

1. The jokes are pretty great in this one - C-3P0 and R2-D2's dash through laser fire, R2's response to the Jawa gun, and Harrison Ford's stalling tactic in the detention block.

2. Obi-Wan Kenobi, Aunt Beru, and Uncle Owen have sure aged badly in the 19 years they've been on Tatooine.

3. The digital effects they added in the 1997 expanded editions now look more out of date than the little X-wing fighter models they used in 1977.

4. I think I might still want to work on a moisture-vaporator farm on Tatooine and drive a pod racer in the evenings.

5. If Owen Lars lived with C-3P0 in Episode II, why wouldn't he recognize him in Episode IV, when he buys him back? He shows no reluctance at getting angry at the Jawas when they sell him a droid with a bum motivator...why not when they try to sell him the droid he already owns?

6. Post-production looping was really bad a long time ago, in a galaxy far, far away. See: "Sand people - or worse!" or "There's something in here!" Or any scene where a British-looking guy sounds like John Wayne.

7. It's fun to whine, "But I wanted to go to Toshi Station to pick up some power converters!"

8. Darth Vader never senses that his son, Luke, his former best-friend, Obi-Wan, and the droid he built himself, C-3P0, are on his home planet of Tatooine at the same time. Get a refund on that Sith sense, dude.

9. The Millennium Falcon is the space equivalent of the 1977 Chevy Nova I drove in high school. "She's got it where it counts, old man."


5. Episode V: The Empire Strikes Back

Everybody's favorite Star Wars film with no ending still holds up today - a great land battle in the snow, a good double-cross by Han Solo's "best friend," and the big, crazy revelation at the end of the film that's been so repeated, copied, and parodied - it can never be used again.

4. From whining about power converters to confronting the dad he thought was dead, Luke really grows up and acts his arse off in this one.

5. Did they write the part about Luke getting clawed by the snow monster to explain Mark Hamill's post-car-accident plastic surgery between films?

6. Why does Luke remember being on Dagobah? Is there a visit to see Yoda between episode three and five that we don't know about?

7. Since Obi-Wan Kenobi was present at the birth of Luke and Leia, wouldn't his ghost know what Yoda is talking about when he says, "There is another?"

8. The relationship that develops between Han and Leia is so effective, I think C-3P0 is a little jealous. Of whom, though?

9. What happened at the Dagobah tree that makes it so evil and all knowing?

10. I always get chills up my spine when the door opens on Cloud City, Vader is at the end of the table, and Han Solo shoots at him. Does that make me a nerd?


6. Episode VI: Return of the Jedi

Unfairly maligned as "the worst" of the original trilogy, I've always loved the broad strokes of the final chapter - the Luke vs. Vader battle, the scooter race through the trees, the blind Han Solo fighting it out at the Pit of Carkoon, and the big resolution where Vader takes his sweet time saving Luke and sending the Emperor into the abyss.

That said, there are a million little details that drive me nuts: we're told that Luke has to face Vader, but that he'd better not; Obi-Wan is a ghost, but he's apparently around all the time; our favorite characters appear in catchphrase versions; and how do you explain Ewoks, the least-cool little people in Star Wars, after Ugnaughts and Jawas?

We also get a zoned-out performance by Carrie Fisher (high on cocaine, she later admitted) and Harrison Ford's sleepwalk through his last outing as Han Solo. He later admitted that he thought Han Solo should have died in Return of the Jedi - no doubt, the earlier the better.

1. The film sure takes its time with the setup. Each cast member has a big intro at Jabba's palace - individually!?

2. We blew up the Death Star - hooray! No, there is another. Lazy writing!

4. The musical number at Jabba's palace is really, really terrible.

5. Why can't those speeder bikes just fly over the trees?

6. John Williams has written two Ewok songs for different versions of Return of the Jedi, and they both are terrible. Yub, yub!

7. In Episode IV, C-3P0 says, "I'm not much of a storyteller." In Episode, VI, he's seen spinning a gripping yarn for the Ewoks, including Millennium Falcon sound effects and a dead-on Vader breathing impression. Lying robot...

8. Why the foreshadowing about seeing the Millennium Falcon for the last time? Was Han, the Falcon, Lando, and/or his creepy co-pilot not supposed to make it?

10. As long as you repent on your deathbed, you can hang with Yoda and Obi-Wan, regardless of how many younglings you killed while you were alive.


Update: I almost forgot to mention the best (only?) bit of continuity from the prequels to the original trilogy - the scene in Empire Strikes Back where Vader stops Boba Fett from shooting Chewie on Cloud City. Who's on Chewie's back? C-3P0, the droid that Vader built back on Tatooine, the old softie.
Posted by Kenton Larsen at 6:37 PM