Every band is a brand.

So when it comes time to advertise your band, you've gotta do the same thing for - say - the Rolling Stones as you do for - say - The Clapper: hit the target audience and get maximum reach and frequency to build your brand's recognition and image, differentiate your product, and inspire the consumer to take action, so you can become a radio-friendly unit shifter like Nirvana!

But there's a special problem when it comes to advertising music: we like to think of advertising as "making money for the man" and music as "art." So when a band advertises, there becomes pressure to show that you've got some cred by sticking it to the man at the same time you're lining the man's pockets.

What could possibly go wrong? My three favorite, famous examples:

What could be funnier than domestic violence?

If you answered, "nothing," congratulations: you could have had a job promoting the Rolling Stones in 1976, when the band bought a billboard on the Sunset Strip featuring model Anita Russell bruised and bound by Mick Jagger with the "hilarious" copy:

"I'm black and blue from the Rolling Stones...and I love it!"

Not surprisingly, the print version of the ad was rejected by most music magazines, and a group called "Women Against Violence Against Women" defaced the billboard and boycotted Warner Music for over a year until the company agreed to be more sensitive about how it promoted its musicians.

I can't find a single image of the billboard online, though I recall seeing it in a book. Until we find it, enjoy the print ad: 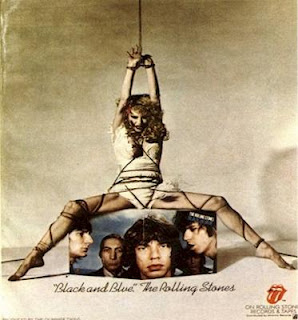 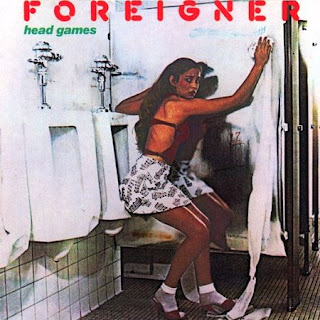 In 1968, Columbia Records' image was, like, totally square, man.

So the label launched an ad campaign - the record-label equivalent of me running around shouting: "Hey, everyone, have you heard how cool I am?!"

Except Columbia's campaign was "the man can't bust our music" - still considered to be one of the most off-base record-label campaigns in history for making Columbia look even more out of touch than it did before the campaign.

Even worse, the theme line was written by activist and radical Jim Fouratt, who probably should've known better...unless that was his plan all along. Genius!!

The music industry's modern-day equivalent? Posting positive comments on your own artists' websites. 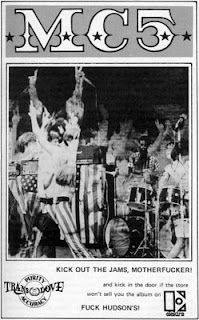 The MC5's biggest hit - "Kick Out the Jams, Motherfuckers" -never made it to the shelves of Hudson's: the biggest department store in Detroit, the band's hometown.

So, the band took out ads encouraging readers to "Fuck Hudson's!" and included the Elektra Records logo for good measure. All good fun until Hudson's dropped all Elektra records from its shelves, and Elektra dropped MC5 from its label.