AdWords: please help me raise a few bucks for Google 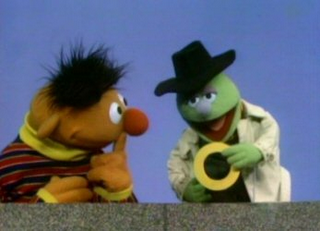 My high-powered meeting with a Google AdWords rep (right).
Won't you please lend a hand?

I'm raising money to help Google make $10 more this month. I did it by signing up for AdWords - the cash cow that allows Google to make billions and billions of dollars a year at pennies a click.

Most people think of "search" when they think of Google. Google is in the in the search business, but the money it makes comes almost solely from advertising: people and companies who pay Google to sell their services online in the form of search results and syndicated online ads.

Google uses a very simple, ingenious, method to sell advertising based on search results and keyword matches. The algorithm is secret, but it blends cost per click with ad relevance. Google designed it that way to benefit two parties: the user searching for useful websites who doesn't want clutter and the advertiser who wants to sell stuff.

For its efforts, Google gets a cut of the profits.

As my least-favorite local ad on TV says, "It's a win-win scenario for all concerned!"

The more Google users who click the ad, the more relevant Google considers the ad to be, the higher it's ranked on the search-results page and more likely it is to show up in text or display ads on syndicated websites - any website that agrees to carry the Google ads for a cut of the profit.

Check out the small display ad on this site at the bottom of the right-hand column. The ad changes based on what I write about, so after this post is done, it will probably be an ad for Google AdWords.

Thanks to that ad, I've made $12.46 in two years. Ca-ching! But, here's the thing: I could place it higher or do something to ensure I get more clicks, and I'd make more money. But - the look and credibility of my website might go down: we must approach gingerly.

(I've been trying to get "We must approach gingerly" into every blog post this week for recent grad Jason Booth, who loves that saying. So few other words seem to fit!).

Google also sets a minimum bid for each keyword and auctions off the words, so advertisers around the world bid on every word around the world, like a grammatical eBay or online version of the Sesame Street guy who says, "Pssst - wanna buy an O?" That Muppet (pictured at the top of this blog) was really onto something.

This is what's known as a Vickrey auction, named after Canadian Nobel Prize-winner William Vickrey - the unsung hero of Google!

Using this method, advertisers aren't punished for bidding too high and only have to pay when someone clicks on the ad. Better ads mean more clicks at a lower cost-per-click ratio. The more clicks that happen, the more data Google collects, and the more reliable the ads - for a better user and advertiser experience.

This method of selling ads is genius in that it democratizes advertising by opening it to all businesses, big and small, which can scale their ads by submitting a monthly budget and getting spots that hit their target audience.

In the old days, this was the weakness of TV advertising: the high budget required made it prohibitive for small businesses to compete with the big boys.

You can see paid Google search results right now by typing, say, "Star Wars figures" in a Google search. See the ads blocked in a slightly off-white color at the top of the search results? Or walled off to the right of the page under "sponsored links?"

These ads were bought and paid for on AdWords. Every time you click, that advertiser pays something.

After the ad starts running, Google solves the old advert adage, "I know that I waste half of the money I spend on advertising - I just don't know which half" by allowing you to track your ads after you've bought them - and the quality and quantity of the data is rich indeed.

Puts me in the mind of the old OMD song:


"Efficient, logical, effective and practical
Using all resources to the best of our ability
Changing, designing, adapting our mentalities
Improving our abilities for a better way of life!"

In order to be a good, self-respecting ad teacher - no such thing, ha! - I figured it was long overdue for me to buy me some AdWords space to peddle my wares.

I have many wares to peddle, but I settled on this website (too bad I didn't settle on a kettle, because that line would've ruled).

The AdWords website is really easy to navigate, and I instantly saw why the rest of the media world shakes in its boots when it hears the word, "Google."

In less than half an hour, I set my budget per month, cost per click, keywords, campaign timeline, and target audience based on geography, language, time of day, and demographics. Also notable: you can choose to only advertise when a person is using a mobile device, surfing the Web, or both.

Based on the information you input, Google gives you an estimate of how well your campaign is likely to do. Mine? A modest 14 hits a day at a modest two cents a click.

The hardest part of the AdWords process is writing the ad, given the tight space constraints.

In fact, the constraints are so constraining, my original website domain was one letter too long for AdWords. If this happens, you're shit out of luck. So, I finally bit the bullet and registered www.kentonlarsen.com - update your links and bookmarks today!

This might be a deal-breaker for some advertisers, so the next time you register a domain name: go with short and sweet over long and ponderous - great advice from the guy at kenton'sinfotainmentscanatblogspotdotcom.

Given the constraints, I decided to write an ad that would parody some of the other online ads I see, and tip my hat to David Ogilvy. Even though Ogilvy is the king of long copy, not possible with AdWords, he said that some words are better than others, like "secrets" and "must."

I also had to at least hint at the fact that I teach Ad and PR in Manitoba, so my demographic would have a better idea of what's they'll see if they click. I ended with a call to action, because an ad without a call to action is like a dog with out a tail - if the tail's gone, what will wag the dog? What - I ask you!?

Kenton Larsen's secrets!
Get schooled on Ad & PR in Manitoba
You must read this blog today...
Kenton's Infotainment Scan
Assuming the user has typed in one of the keywords - like my name, for instance - the promise of my secrets should be too much to bear.

Of course, ending with "..." is an old ad trick to get someone to turn the page or - in this case - click on the link.

Once you've written the ad, you put in your credit card information and wait for your ad to be approved. As of this morning, it was.

I track, therefore I am

So now, I sit back and track the campaign. Hello, people, I'm waiting!

As of this moment, I've paid nothing, but have 12 impressions from people who have "seen my ad but not clicked on it." Come on you guys - click! Click like the wind!

The first person who says, "No amount of advertising can save a bad product" is a cheeky bastard!