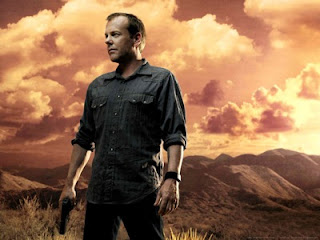 This will be a week long remembered: it's already seen the end of Jack Shephard and Lost, and tonight it will see the end of two more Jacks: Jack Bauer and 24, and Jack McCoy and Law & Order.

It's always bittersweet to say goodbye when your favorite TV show comes to an end, but what are the odds that three, (mostly) great long-running shows starring "Jack" come to an end at the same time?

Much has changed in the TV landscape since Law & Order's first chung-chung - or is it ching-ching? - way back in 1990, 24's 2001 real-time salute to torture and adrenaline, and Lost's Gilligan-meets-Survivor plane crash in 2004.

As the kid working the Zellers till said to me yesterday, "I haven't gone to Blockbuster or watched regular TV in years - but I've never seen more stuff."

He was talking about downloads - illegal BitTorrent stuff, of course. I do the legal iTunes downloads for the most part, but if I didn't have an iPhone, iPad, Apple TV, and regular income ("Moneybags Larsen," at your service!), I would probably do the same.

I didn't ask him about where he gets his local news, because I didn't want to get too depressed on a long weekend, but I have a feeling that "local news" wouldn't be too high on his - or any kid's - agenda.

Not to sound too gloomy: I don't really think that the end of Lost, 24, and Law & Order is TV's last hurrah, but it does seem to mark the end of what NBC used to call "appointment television" - TV dramas that you wanted to watch on TV when it was actually on, with commercials, not later on DVR or for free on your laptop.

As a hardcore Lost fan for the first and last season, and a casual fan for most of the rest, I was pretty excited to see the Lost finale last night and, for the most part, enjoyed it.

As a solution to the broad sweep of the show's arc, it really worked. "Oh, they're all dead and helping each other through purgatory!"

But what really got me last night was the insane number of commercial breaks - Entertainment Weekly timed the finale at 45 minutes of ads and 1:45 of show. I found the sheer number of ads and breaks painful. That's saying something, because I teach advertising. I'm supposed to like ads! 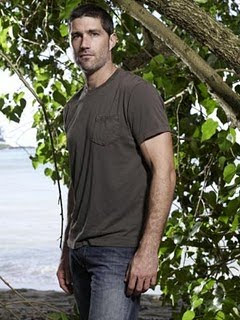 We hardly knew ye, Jack #3.
I had to watch the Lost finale on the Canadian HD channel (CTV) because the high-def ABC channel kept crapping out. While I'm at it, I'd like to thank the good North Dakotans responsible for all of that great, local programming at WDAZ in Grand Forks. Ahem.

While our good friends in the U.S. got to watch these highly regarded Target ads, effective "targeting" in more ways than one...

...we Canadians got to watch that ridiculously bad promo for CTV Toronto ("Will this save lives!?" shrieks a local reporter in a (faked?) interview), a lame voiceover for a truck ad that made clunky reference to the Lost polar bear, and endless network IDs featuring the Don-Pardoesque announcer who can't help but refer to CTV as "Sey Tey Veyyyyyy!" Nice.

It's like "appointment television" is slowly but surely being supplanted by what David Letterman calls "disappointment television" - television that goes out of its way to keep you from watching it, like so many airlines, movie theatres, and cell phone companies, which won't rest until they've alienated every one of their ever-shrinking stable of "regular customers." 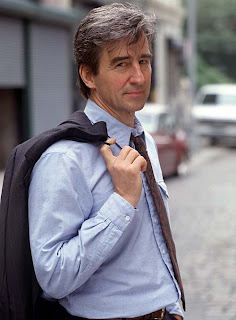 Thanks for the fun, Jack #1.
Everyone who's ever watched 24 knows that the show takes place in real time, which means it's better in any format that eliminates ads: DVD and downloads, the freer the better! Even the creators of the show knew it, which is why they experimented with commercial-free season premiere episodes ("sponsored by Ford," of course).

Law & Order is so old, it actually has a theme song, another victim of the push to sell every, last available second of time to advertisers. I remember that my dad used to crank up the volume at the end of the song, the better to hear the police siren:

Truth be told, I haven't watched Law & Order in years, but I appreciate what it did for the genre, and for giving Homicide: Life on the Street's detective Munch a second life.

500 channels and nothing's on

So, no, it's not likely that we'll see shows like these again. Now that they're gone, I wonder if I'll just watch fewer commercial-driven TV dramas in general.

Most other shows I watch are:
And, worst of all, not a single one stars a guy named Jack.
Posted by Kenton Larsen at 10:23 AM