Journalism could use some good PR right about now 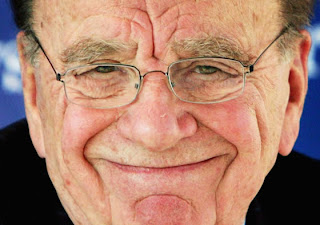 As any PR teacher or practitioner will tell you, one of the things that happens when you start working in the PR business is that your reporter friends tease and harangue you about working for "the dark side."

My stock retort: "PR people are more honest about their dishonesty."

Not a bad laugh line if I do say so myself - and that's what I said before the Rupert Murdoch phone-hacking scandal. But as the scandal threatens to spread to the New York Post, FOX News, and Piers Morgan's liver, I'll say something else I've said all along:

"Journalism could use a little PR."

If your head just exploded, hear me out:
PR people recognized the importance and power of two-way communication before there was an Internet (though we know that Al Gore invented it).

One of the problems that caught up with the traditional media (phone hacking aside) is that most were slow to react to what "the kids" were up to on the Internet, and beholden to the gatekeeper mentality: selling morsels of information to a public that couldn't get it anywhere else.

These days, media outlets have to practice PR in order to survive. The Public Editor at the New York Times, for instance, reports to readers on the goings on at the Times.

The Public Editor's ombudsman role is classic PR. (Ironically, the Public Editor recently revealed himself to have a somewhat outdated understanding of PR - though earns points for admitting it and inviting us to tell him how it works.)

More examples of PR and J:
Give in, my reporter friends. You do not know the power of the light side!
Posted by Kenton Larsen at 12:36 PM