How to write good: Part II - the expository crap 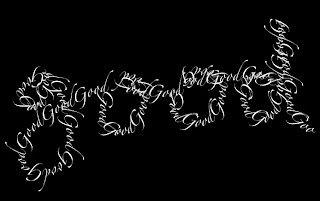 In writing, this is where you create drama by revealing the plot as slowly as possible while you endlessly practice "exposition" - pointless and boring background details that ensure you end up with a dull and expensive 200-plus page "novel," not an exciting and much-less-expensive "novella."

Do the math: A novel = move out of your hovel. A novella = you're still eating Nutella.

Let's face it: without exposition, Moby-Dick would just be:


"Call me Ishmael. I was part of a crew that chased a whale and saw everyone else get killed by the big mofo."

As it is, Moby-Dick is 822 pages of "details and background," and not so much one joke about a sperm whale named Dick. Hello, Herman: missed opportunity!

When you bore your reader with pointless exposition, the trick is to  be as subtle as possible, so that the reader thinks the problem isn't that the book is boring, but that he or she is too dumb to understand your particular genius (more on making readers feel stupid in an upcoming post!).

How to write exposition goodly:

To see how exposition is done by the experts, have a look at this passage from my soon-to-be-published (not to be confused with "unpublished") book, Kenton Larsen's The Aliens 'Neath My Arse by Sapphire:

He straightened up, and I heard some of the snaps on his man-girdle pop. “If it isn't Christina Aguilera, the hottest and most dogged website reporter of her generation in all Winnipeg, whose sometimes prim and proper outward demeanor betrays her inner desire to be loved by a rogue comedy club owner.”

They embraced and he gave her what from my vantage point looked to be a wet, sloppy, and somewhat hairy kiss.

“Oh, my,” she said. “It’s not often a young, hot, dogged website reporter-slash-reviewer gets licked by a 250-pound, mustachioed, diabetic, comedy club owner hepped up on Viagra and Preparation H.”

“And I’m about to burst!” said Roscoe, who I forgot to mention earlier had dreams of becoming a stand-up comic himself but ended up having to buy his own club with the proceeds of the insurance he received after his brother died.

“Um, OK,” she said, awkwardly glancing down at his moist chinos. “Anyway, I’m here to interview the young comedian who became disoriented and committed a pratfall tonight, making an ass of himself, much to the audience’s delight and his chagrin.”

Notice how I cleverly hide the exposition with things that the reader will be interested in reading about, like moist chinos. Feel free to pepper your writing with as many pairs of moist chinos as possible, and you can't go wrong.

To pre-order my book, please send me $200 and forget all about it until the statute of limitations has expired on any possible claim you may have against me. Happy writing!
Posted by Kenton Larsen at 11:10 AM