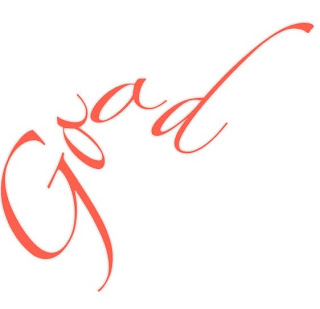 Every professional writer secretly believes that everyone can do what he or she does.

As a result, it's important for every writer to make his or her readers feel stupid, so they don't start getting any fancy ideas about publishing works of their own; if the Internet proves one thing, it's that too much competition leads to free - and no professional writer wants to be/closer to free.

Your goal, then, is to make your readers believe their education is below par and that they'll never break away from their "lives of quiet desperation," as Thoreau once said in Walden (not far from where I once lived in Cambridge).

1. Mention names and places without explanation

As sports writers and broadcasters know, this is the quickest way to keep people out of your special club - drop a name as though everyone knows who you're talking about, and provide no titles, background, or explanation whatsoever.

I have it on good authority that "Vince Lombardi" is a joke name made up by sportscasters to cover their asses when they don't know what's going on, and that he's no more real than "the Super Bowl."

In your writing, drop names and places like bad habits, and your readers will believe you to be well-traveled and intelligent, while they - as Thoreau once said... Oh yeah: mix it up with the namedropping, lest your readers think you've only ever read Walden.

2. Only quote other writers if you belittle them

Quoting other writers may seem like a good way to make people feel stupid, but use it with caution: you don't want your readers to start reading books by more talented writers.

As a result, it's important to quote other writers only when you point out that they've made mistakes that you've caught.


"Speak not to me of blasphemy, man; I'd strike the sun if it insulted me. Look ye, Starbuck, all visible objects are but as pasteboard masks. Some inscrutable yet reasoning thing puts forth the molding of their features. The white whale tasks me; he heaps me. Yet he is but a mask. 'Tis the thing behind the mask I chiefly hate; the malignant thing that has plagued mankind since time began; the thing that maws and mutilates our race, not killing us outright but letting us live on, with half a heart and half a lung."

Readers: "Wow: what a great writer. I should be reading this book instead of this piece of crap."


"Speak not to me of blasphemy, man (sic); I'd strike the sun if it insulted me. Look ye, Starbuck (sic), all visible objects are but as pasteboard masks. Some inscrutable (sic) yet reasoning thing puts forth the molding (sic) of their features. The white whale (sic) tasks me; he heaps me. Yet he is but a mask. 'Tis (sic) the thing behind the mask I chiefly hate; the malignant thing (sic) that has plagued mankind since time (sic) began; the thing (sic) that maws (sic) and mutilates (sic) our race, not killing (sic) us outright but letting us live on, with half a heart (sic) and half a lung (sic) (sic)."

You'll notice that there weren't any mistakes, but that I dropped in a dozen (sic)s nonetheless - I don't want Herman to get too big for his britches, or for my readers to think that he's a better author than me. Herman? See rule number one.

3. Use bits of other languages in your writing

There's no better way to lord your authority over others than by peppering your writing with well-placed bits of other languages - for that certain je ne sais quoi. See what I did there? Awww, forget it.


So, I ran into my friend, Heinz, the other day and had a chicken on his head.

"Why, Heinz, do you have a chicken on your head?" I asked him.

Heinz looked up to the sky, scratched his chin, and finally said, "Ich brauche die eier!"

That Heinz - what a card!

4. Make sure your readers know that every question is a stupid question

Lastly, when you start blogging about your book, being interviewed, or showing up at book signings, you want to avoid intense questioning from actual smart people who really have lived life to its fullest and who may expose you as a charlatan, either on purpose or accidentally - also known "the James Frey problem."

When this happens, simply mix and match your response from these retorts, as required: