How to write good: Part V - Wrapping it up 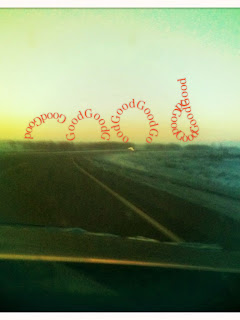 All written works must come to an end sometime - even mediocre writings about a boy wizard who became a man at the hands of a house-elf almost twice his age.

When you write, you will roll into the fetal position, suck your thumb, and whimper - right around chapter two when you come to the realization that you have no way to finish what you started (no dirty jokes, please).

The problem is that you can't just stop a story dead in its tracks and expect everyone to think that it's awesome, unless you're writing the novelization of the last Sopranos episode.

But finish your story you must, so you can move on to doing something productive with your life, like painting your house, solving the U.S. national debt problem, or tweeting your Weiner.

How to end your news story

If you're a journalist, you have three ways to end your story:

2. Rode into the sunset.

3. Just fading your story out to nothing, inverted pyramid style, because studies show that readers of fine journalism only read the first letter of your headline. So make that first letter count: no RSTLNE, just like Wheel of Fortune.

How to end your fiction

2. That dude was actually dead.

3. It all took place on planet Earth.

4. He could finally read his books, but his glasses broke.

5. The furry creatures jumped up and down with glee as our heroes toasted themselves on a job well done.

8. The beginning was the ending.

9. The narrator's sanity/perspective is in question.

And that wraps up our week of writing good.

I hope you enjoyed reading as much as...a lion just rushed into the room. He's eating my leg! This is not going well. I'm halfway eaten. I wonder where I left my cell phone. The air is really thick with irony on this one. Did not see this coming. Not what I had in mi
Posted by Kenton Larsen at 11:45 AM