Ten things that crossed my mind at this weekend's two, big comedy shows 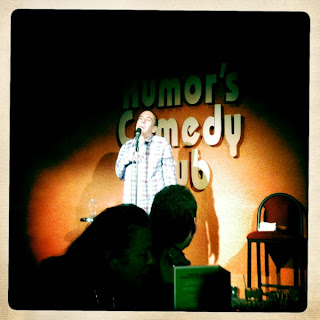 Not since Leno and Seinfeld played Winnipeg on the same night in the early 80s has the city seen a greater battle of comedy giants: in this corner, Gilbert Gottfried at Rumor's Comedy Club, in the other, Norm MacDonald at the Burton Cummings Theatre.

2. Psst: if you like hilarious stand-up comedy, check out Red River College's CreCommedy Nights at the King's Head on Monday, Oct. 18 and 25 - Creative Communications, Comedy Writing students performing stand-up comedy for the first time. And admission is just $5!

4. Planet of the Apes, Alive, and Children of a Lesser God references? Why, it's like Gottfried hasn't performed comedy for 20 years! Err...

5. Why, these comedians seek or intend to amuse and afford light mirth and laughter for their efforts!

6. Memo to myself: save your "dying children" jokes for the big finish.

7. Stand-up comedy really is just like rock and roll, minus the music, money, and women.

9. These two sure can tell jokes while remaining in a vertical position. If only we had a name for that.

10. Laughter really is the best medicine. Unless, of course, you're actually sick or dying. 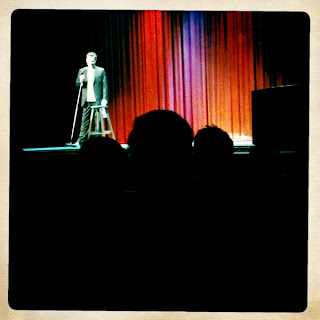