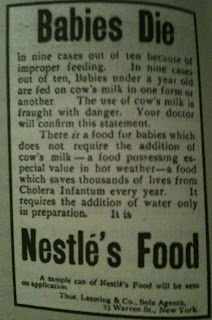 Maybe the dead-babies campaign wasn't such a good idea after all.
Writing ads sure is hard.

Why start with radio? As Jarvis Cocker and William Shatner sang, "We had to start it somewhere, so we started there." That, and the belief held by many in the ad industry that "if you can write a radio ad, you can write any ad."

It's usually within a week of writing the first ad that I get my first student who says, "Well, I guess I'm not cut out for writing advertising," as though the first idea is not only the worst idea but also the only idea he or she will ever have!

That's my cue to remind the class that advertising is a language all of its own and, like any language, it takes some time to learn the basics before you can travel to the foreign land and have a full conversation with a person who speaks it every day.

In some ways, the trouble that anyone has writing his or her first ad is a microcosm of the history of advertising itself.

In the early days of the profession, no one understood how advertising worked, as you can see in the pre-1900 ads for Nestlé and Royal Seal oats I've included in this blog post (and which appear in the excellent book, Ad Nauseam):
Likewise, famous Mad Man David Ogilvy once pointed out that if you say, "Our salt has no arsenic!" in your print ad, a majority of readers will remember it as, "Salt has arsenic!"

In advertising, you have to accept that you only have your audience's peripheral attention at best - something that is hard to get your mind around when you've spent all day putting your blood, sweat, and tears into writing the damn ad and making it perfect.

Something to consider the next time you enjoy a big, bowl of tasty cockroaches. 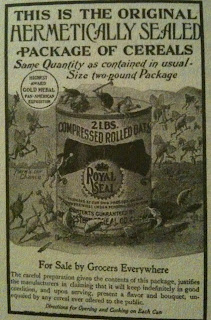