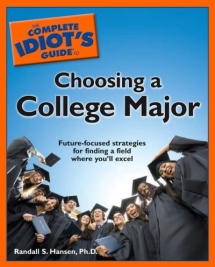 @kentonlarsen: "Is it time for Creative Communications to get rid of majors?"

I tweeted the question earlier this week because the idea of choosing a specialty in the second year of a two-year program seems somewhat counterintuitive (disclaimer: to me!) in a world in which a "communications professional" is someone who does everything.

Weird but true: our students' major doesn't even appear on their diploma or marks transcript, though you could tell what it is by looking at the course breakdown, I suppose.

I majored in journalism and worked in advertising and PR ("communications") for most of my professional career. Not a single employer ever asked me to announce my major in mixed company or whisper it to them privately, come to think of it.

"To major or not to major" has come up at faculty and curriculum meetings before, as has the suggestion that Ad and PR could be hooked up as one major and Media Production and Journalism as another. Or a major and a minor. Or an optional third year - like the Graphic Design program now offers.

There are pros and cons to all of these approaches, and any change would need to be tabled by our Curriculum Committee and sent by carrier pigeon to a panel of experts on a secret island where Marlon Brando plays a piano as a creepy little person looks on.

The tweeps weigh in

Sounds like a lot of work, and I usually make the greatest progress when I do things myself, so I brought the question to my tweeps. Many, many CreComm students and grads weighed in.

Here's what they said:
Your comments please

The debate rages. What do you think? Comment below!
Posted by Kenton Larsen at 10:26 PM