Urban NDN and a PR icon for the ages 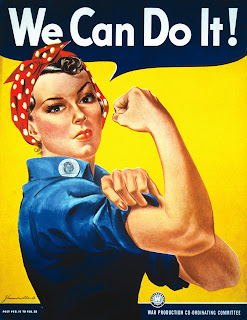 A
The original Rosie.
"Big, bold, and proud!"

The latest issue of Urban NDN gets all Rosie the Riveter on us with anti-poverty activist Candace Sutherland playing the role of the World War II icon on the cover.

I recently posted about some of the classic government propaganda posters, and asked whether the time is right to bring them back, particularly the ones that sell us "sacrifice" like "When you ride alone, you ride with Hitler!" OK, maybe not that one specifically, but that kind of one.


"I don't think you'll see that kind of propaganda again in the western world. Those posters existed in a very different time, with a unifying theme that ran through them. It's unlikely that you would find that same unity anymore as every nation and political party operates their own agenda, and are unwilling to relent to others."

Woman's got the power

It's interesting that while many of these posters have vanished from public consciousness, Rosie's got staying power.

As any PR worth his or her salt knows, you need a good, strong symbol to persuade your public. Rosie excelled at that as the poster girl for the U.S. government's World War II campaign to sell the importance of the war effort and the idea that women could work part-time in factories to help.

It worked. According to the Encyclopedia of American Economic History, "the "Rosie the Riveter" movement increased the number of working American women to 20 million by 1944, a 57 per cent increase from 1940."

So successful was the poster (and the aptly named "Rosie Movement") that its initial meaning - work for your country! - became an iconic symbol of feminism: strength, patriotism, esteem, camaraderie, economic power, and a can-do attitude, which it still is today.

Which is why we see shout-outs to Rosie in posters: 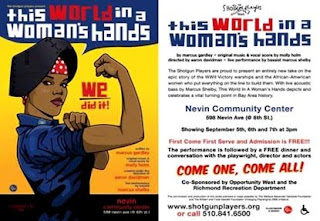 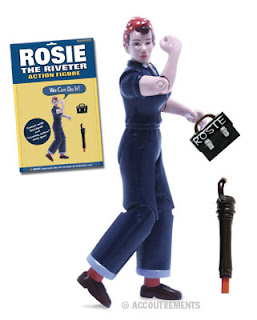 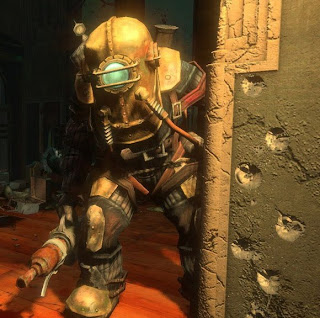 And Halloween hairstyles (for full enjoyment, fast forward to the last frame):