Apple pancakes and computers, anyone? 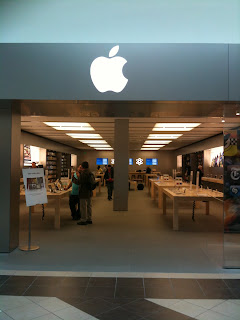 Heaven called. It wants its storefront back.
How do you like dem Apples?

Today the Red River College advertising majors and I visited Polo Park to conduct some of the most important market research advertisers and marketers can ever do, but - ironically - they often forget about: personal observation. 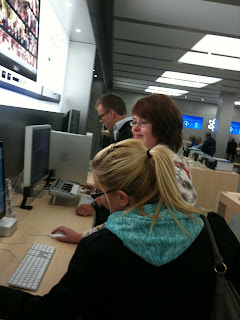 Hangin' in "the Mac lab."
Among the questions we hoped to answer: 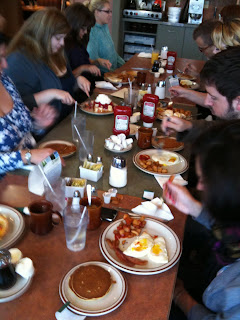 The good folks at the Apple Store were only too happy to comply; one employee even volunteered to pose for a picture, but I declined his offer on the grounds of "not wanting to look too creepy," which has never stopped me before.

And I do believe that, if my observations of Thor at A&W are on the money, Polo Park registered a drastic uptick in sales during our visit. As the PR cliche goes: "A win-win scenario!" 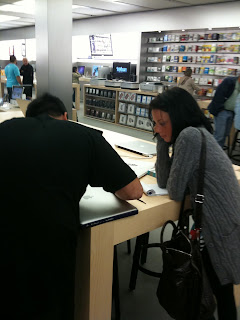 Gina has her computer encased in solid carbonite.
Last observation: all classes on Monday at 9 a.m. should be at the mall.
Posted by Kenton Larsen at 12:40 PM