Six, great books (plus one) to read on your week off

1. If you're interested in advertising, read Rob Walker's book, Buying In, now available in paperback. I love Hey, Whipple, Squeeze This, but Walker's book is probably the best look at the modern world of advertising and marketing (make that "murketing") I've read.

2. If you're interested in the ever-eroding broadcast business, read Bill Carter's Desperate Networks, also now available in paperback.
Every TV show that actually makes it to air and becomes a hit is a little miracle. As this book proves, the stories behind Desperate Housewives, Lost, and American Idol are more fascinating than the shows themselves.

3. If you're interested in journalism, read Norman Mailer's the Executioner's Song - a reminder of what well-researched journalism and great storytelling look like, lest we forget.
One thousand and seventy two gripping pages about Gary Gilmore, who in 1977 became the first person executed (by firing squad) after the reinstitution of the death penalty, struck down by the U.S. Supreme Court in 1972. 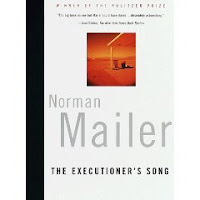 4. For more-recent, but equally great, journalism, read Columbine by Dave Cullen.
I read and reviewed the book (here) in May. Cullen's book dissects the psychology behind the Columbine killings, corrects the many commonly held misconceptions about what happened that terrible day in Colorado, and holds broadcast media accountable for much of the confusion.
As I said in May, it's a must-read for any student enrolled in a communications or media course.

5. If you're interested in great creative writing and fiction, read One Day by David Nicholls.
I reviewed this book in October here, and it's stuck with me ever since. Inspiring for being a breezy read with a cool big idea (each chapter advances the story by one year), it knocks you senseless with its devastating postscript, asking and and answering some very hard questions about the true nature of love, loneliness, chemistry, and fate.
I gave out three copies of this book as Christmas presents this year, and I'll probably give out more for birthdays in 2010. When's yours? 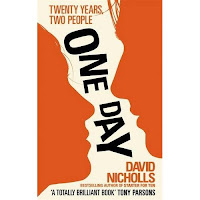 6. If you're interested in PR, read Leonard Saffir's Power Public Relations.
I was a little hesitant to recommend this book, since it came out in 1999, and doesn't talk about new media.
Nonetheless, I constantly refer to this book throughout the school year, and think it's the best one-stop shop for folks looking for a quick and easy-to-read guide that effectively covers the broad areas of the PR industry: media relations, crisis communications, issues management, news conferences, running a PR firm, and building and evaluating a successful PR program. 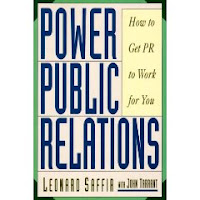 7. If you're Amanda Lefley, read this book, so you can answer the most pressing question of our times: "Who the hell is Dick Francis?!" 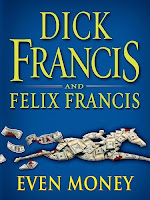