TMZ, are you watching?
In what is being described by the New York Times as "maybe Journalism" and the "future of journalism, tabloid division," Hong Kong's Next Media gives us the animatronic version of what it looks like to see Tiger Woods' wife chasing him with a golf club, which is: surprisingly a lot like Grand Theft Auto!
Did it actually happen? Maybe. Good enough: to the animators!
The Times quotes CNBC host Keith Olbermann:

"I am awestruck by this. This will be done by somebody, in this country, in the next six months."

Reminds me of what Drew Friedman used to do in his regular "Private Lives of Public Figures" comic strips in Spy Magazine: 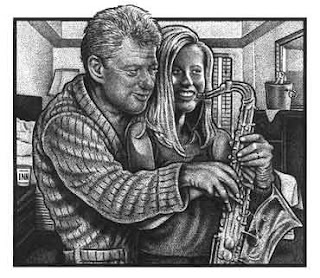 Another step lower for tabloid journalism, or the modern-day equivalent of Delacroix's Liberty Leading the People? 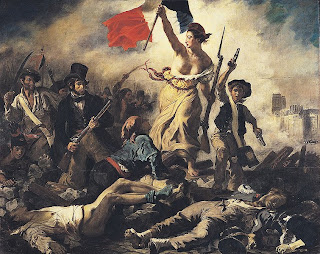