Get your loved ones something to believe in this Christmas! Larsen's Gift Guide, 2009

I went Christmas shopping today, and I (barely) lived to tell the tale.

I woke up feeling under the weather today and about as blue as a guy can be after a week of end-of-semester stress, a bad reaction to the H1N1 shot, feelings of dread brought on by a fast-approaching holiday season, and an existential sense of sadness I have not felt since I took the philosophy of existentialism in university and proved I didn't exist.

As Mick Jagger once sang (not about Christmas), "You make a grown man cry!"

So, it was with much trepidation that I set out to buy a gift for every single person on my Christmas shopping list along with my comrade in arms, Adrienne (not pictured, by request. However, she's as real as my imaginary manservant, Gus, I swear).

The first thing you notice about Christmas shopping is the cognitive dissonance between what it's supposed to be like and what it's actually like. And no more is this more obvious than when you walk into Winners - the place that women love, and men don't - and will never - understand.

Call me crazy, but I've never found it thrilling to rifle through a pile of men's gitch just to find a pair for $2 that isn't encrusted with bodily fluids. "Woo-hoo! Who's the winner now, losers?!"

It also filled me with glee to note Winners' mission statement, proudly displayed on the front counter, and including the lines: "Provide a friendly environment, a neat and clean store, (and) an easy-to-shop store:" 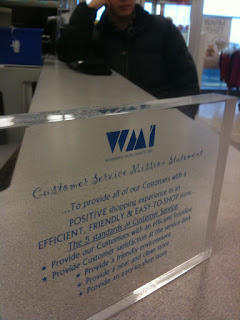 And then experiencing that environment for myself: 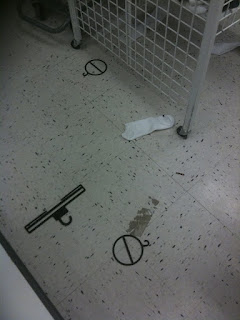 With that ugliness out of the way, here are my picks for the best gifts of the season, as I found them on my shopping spree today and where you can still find them (I'm sure) tomorrow. 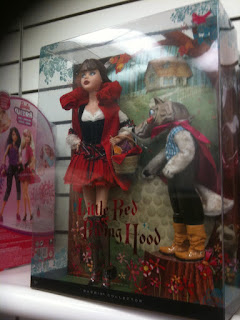 Decked out in her most alluring knee-high saloon stockings, Barbie catches the interest of the big, bad wolf, who - at chest level, can't resist sticking out his tongue and slobbering all over her.

This particular item was pointed out to me by my new favorite Winnipegger, a young woman who was as delighted and horrified as I was to run across this item - and who somehow knew she'd find her soul mate in me.

"They should pull this off the shelf," she said. "It makes you want to buy them, just so you can burn them."

As I left the store, I ran into her again and she said, "Merry Christmas, and see you at the Barbie burning!" 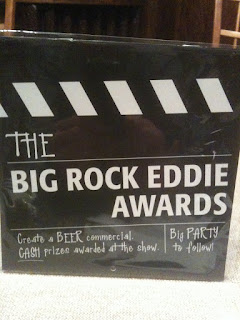 The Eddie Awards are the annual advertising contest sponsored by Big Rock; basically, you create a print ad or video, and you can win a prize.

This calendar/promo piece features past submissions and is available at MLCC for the low, low price of "free."

"How many of these can I take?" I asked the friendly clerk at the MLCC location on Portage Avenue next to Shoppers.


3. A large Santa head (outside the Bay, downtown) 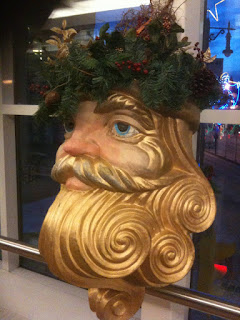 These giant Santa heads are all over the walkway leading to the Bay downtown, and - since they have no price on them - I can only assume they're free. 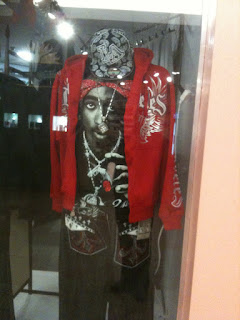 I hate to spoil my new wardrobe surprise for 2010, but - get ready for semester two orientation, my CreComm peeps. 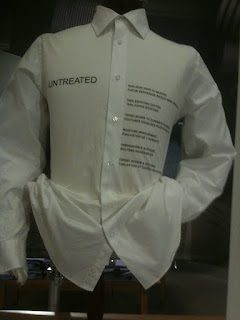 There's no better way to show your good taste in shirts than by wearing the features of your shirts on your sleeve, in both official languages. Includes something called "moisture management." Eww. 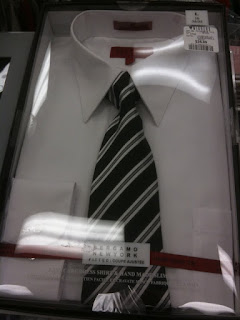 I can smell those McChickens already! 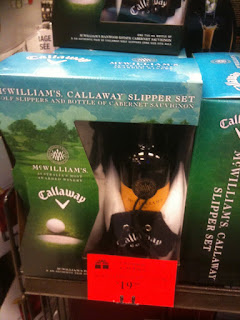 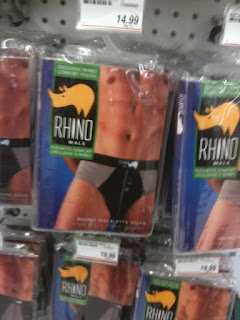 "Excuse me, sir, but are you wearing the Rhino?"

"No, but thank you very much."

Proof that when you don't have a product, a provocative name will do. 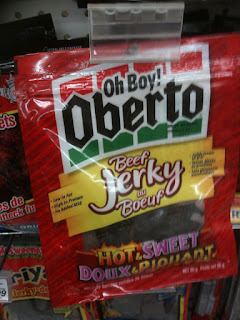 Beef Jerky is always a great Christmas present, but what's Shoppers Drug Mart doing stocking this stuff next to the Rhino? 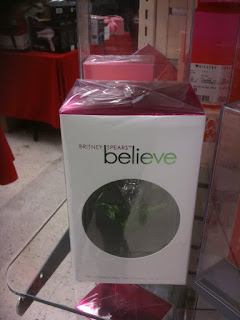 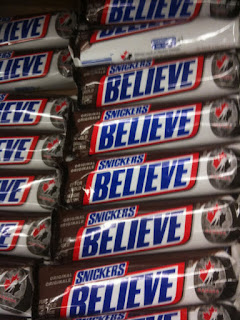 I believe - that I'll have another Snickers, Britney. 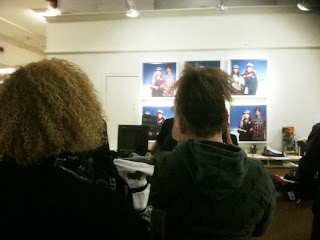 Crimped hair is coming back, baby! 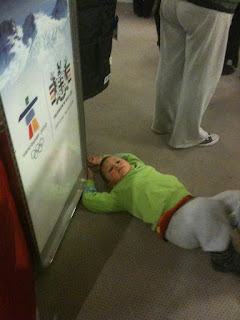 Posted by Kenton Larsen at 8:29 PM