(I can get some) satisfaction: RRC posts most-recent grad survey results 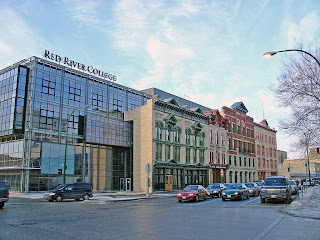 Results are based on the Satisfaction and Employment Survey of 2006/07 graduates.

There is a lot of interesting info in the report, which you may want to download and read in its entirety. Here, I've compared the Creative Communications program's individual results to the college's overall results:

"Of all full-time program graduates who responded to the survey, 95% were employed or furthering their education. Of those graduates who were in the workforce, seeking employment, 97% found jobs."

In CreComm, it's 79 per cent employed, and seven per cent in school.

"Almost 88% reported they were working in a field related to the education and training received."

"Over 93% of respondents reported they were very satisfied or satisfied with their education at Red River College and 93% said they would recommend their program to others."

"Graduates also reported their starting salaries. While results vary by program, the average was $34,833, which was an increase of 2% over that reported by 2005/2006 graduates."