I want my MTV get off the air!

If you really knew me, you'd know that...I have a complicated relationship with MTV.

At least once a year, I suggest to my students that they should be watching MTV regularly if they're not already.

Their reactions:
I feel their glee and agony.

The Hills are alive with the sound of Spencer

The reason I suggest students watch MTV is that the network has had a damn successful track record of predicting the future of TV while capturing and engaging the youthful audience so near and dear to advertisers' hearts.

Say what you want about The Hills, but its product and song placements and "is-it-real-or-is-it-fake" aesthetic predicted a future in which people wouldn't watch ads, so product and program content could only become one and the same.

The first time I ever saw The Hills - episode one, season one! - I knew I was watching something new and groundbreaking and that it was going to be huge:
I also admit to crying with laughter at the evil exploits of one Spencer Pratt. He eventually wore out his welcome and called out the show for being "fake," but for a period of two or three seasons, he was the best villain on TV. 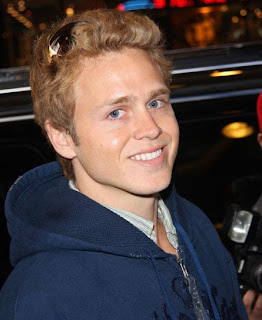 Pratt is right.
MTV invented reality TV with the Real World (a show I still watch and love) and has taken it to a new level with Jersey Shore. "Fascination with the abomination" doesn't begin to sum up how satisfying it is to see this group of idiots party and fight on a weekly basis.

And a special shout-out to Jersey Shore's The Situation: reality TV's own The Fonz is an instant laugh line in class when we learn about how to write the Situation Analysis. 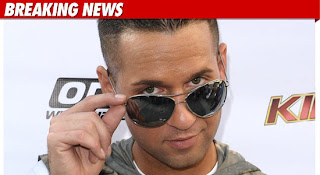 "Whoah - these girls are grenades, dawg!"
I also admit to having been a massive fan of Beavis and Butthead, who never did induce me to play frog baseball, and an occasional fan of dumbass Jackass and My Super Sweet 16 - the show that proves there's nothing more fun than watching a spoiled and self-obsessed rich kid have a meltdown after "only" being gifted a new Toyota on the eve of his or her 16th birthday, the ungrateful jerk.

Today, I'm hooked on Teen Mom, included on this week's EW Must List for being a "heartbreaking, fascinating docuseries" (it is!), and If You Really Knew Me, a show about clique-busters visiting high schools and making students confess and cry in front of each other so they can (ostensibly) get along better in the future.

Shameless and entertaining? Taste great together!

On the other hand, I have a deep-seated anger toward MTV, which started when I was just 14 and these ads started running on other TV networks:

The pull was so powerful, I knew that I wanted my MTV too! But, in Canada, you could call your cable company and demand your MTV until you were blue in the face - it just wasn't going to happen for, oh, 25 years or so.

Desperate to see MTV in an Internetless world we didn't create, a friend and I tracked down a family friend who serviced satellites for a living, and he took pity on us and let us watch MTV at his company's headquarters, where we drank our volume in Coke and watched music videos - any music videos! - while he fixed satellites.

As I say, it took 25 years for MTV to come to Canada, and it's a watered-down schedule at best that seems to consist of just one or two programs rotating 100 times a day.

All of the music-based programming that happens on MTV in the U.S. can't happen in Canada, thanks to the station's broadcast license and our good friends at the CRTC, who I hope never start "caring" about the Internet the same way they "care" about TV.

And don't get me started on that lame-arse MuchMusic, beholden to Newlyweds, Pimp My Ride, and Video on Trial (with the exception of Trevor Boris, my good friend who was nice enough to give me a shout-out on his DVD).

The oft-heard complaint that MTV "never shows videos anymore" is also true, but it's for a very simple, practical reason: despite music being "the international language," it's also the most fragmented form of entertainment, to the point that no one can agree on what constitutes "good music" anymore.

My cousin, a former president of Sony Canada, once told me that MuchMusic's ratings were so low in 15-minute increments, they were unmeasurable by BBM. It's not surprising that people would tune in for three minutes to see "All the Single Ladies," then turn the channel for "MmmBop" or vice-versa.

If you can't measure an audience, it's bad for advertisers. And that's why it had to be out with the videos and in with the programming: it's all about the Benjamins. Thank you, I was raised on the streets.

I'm also conflicted about MTV's depiction of "the good life" in shows like Cribs and Pimp My Ride. Coming from the guy who likes The Hills, I know it sounds hypocritical.

And I'm the advertising instructor!

However, I couldn't help but notice that, when I was in Chicago last week, the U.S. has something like five HBO and six MTV stations.

I wonder if that dude still fixes satellites?
Posted by Kenton Larsen at 8:34 AM