A tale of two album covers: stripes are in, apparently 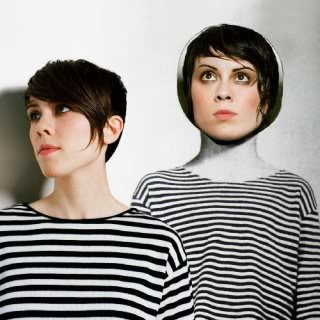 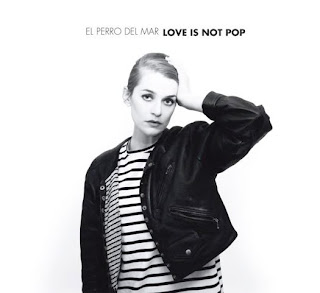 El Perro Del Mar's "Love is Not Pop."
The White Stripes called: they want their shirts back.

Tegan and Sara's Sainthood and El Perro Del Mar's Love is Not Pop CDs came out last week, and they both feature the same jailhouse-style striped shirts on their covers.

Here's an explanation, courtesy of Cosmos Magazine (not to be confused with Cosmo Magazine). According to the article, wearing horizontal stripes - especially black stripes - adds more height to the subject and appears more slimming than wearing vertical stripes:

"I found that this relates to clothing too," said Thompson. "In HelmHoltz's Handbook of Physiological Optics he noted that ladies' frocks with cross stripes on them make the figure look taller."

Which explains why referees, prisoners, and the American flag, all look so natty, healthy, and svelte.
Posted by Kenton Larsen at 3:59 PM