The best album cover of all time - a triumph of plagiarinspiration! 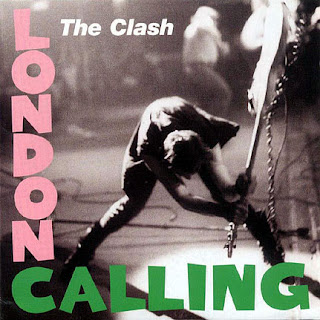 Maybe you can tell an album by its cover.

It's the Clash's London Calling - the best punk/rock album of all time with the best cover: a photo of Paul Simonon smashing his bass at the Palladium, New York, Sept. 21, 1979. My 12th birthday!

The iconic album turns 30 one month from today. I'll bet we could persuade the King's Head to put it on repeat that night: can't wait for the Death or Glory drunken singalong at closing time, as we spill out onto the streets to go fight each other at the Alexander Docks.

The cover was designed by Ray Lowry around a photograph by Pennie Smith. The latest issue of Q Magazine quotes Lowry claiming "plagiarinspiration." Great word! 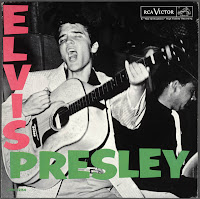 There was never an Elvis v. the Clash copyright lawsuit, but even if there was, I think the Clash could honestly claim parody: Elvis celebrates the guitar, the Clash destroys it.

So much for graphic design school.

Smith's photo of Simonon (paying tribute to Pete Townshend) almost didn't make it. She thought it was too out of focus. Q quotes her: "I ducked. He was closer than it looks."

Townshend: another boring day at the office.
The original, out-of-focus photo has been displayed at the Rock and Roll Hall of Fame and Museum, and was named the best rock and roll photo of all time by Q Magazine in 2002.

So much for photography school.

Fittingly, the Clash's album cover has been subject to hundreds of tributes and parodies over the years, from Tony Hawk's American Wasteland video game to Big Audio Dynamite's F-Punk album - the Clash's Mick Jones reclaiming what is rightfully his - not to mention every accordion and keyboard player who ever put out an album, except, strangely, Weird Al. Get on it, Al! 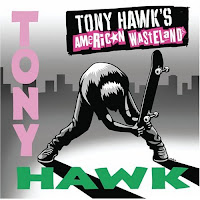 "I've never landed a move ever!" 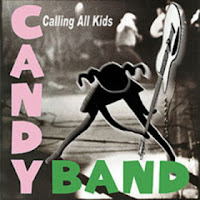 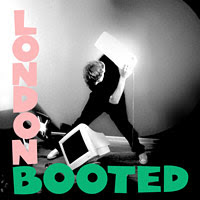 "I came for the uke, I stayed for the puke." 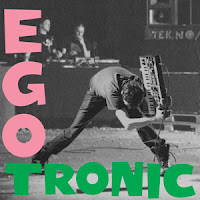 "For the love of Elton John, put the keyboard down!" 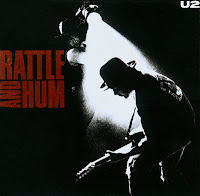 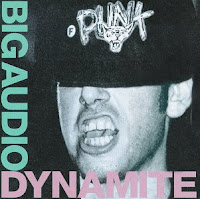 The Clash's Mick Jones called. He wants his artwork back.
Posted by Kenton Larsen at 10:15 AM