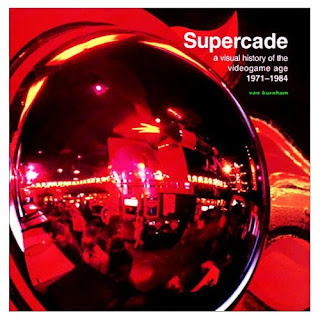 Dan Vadeboncoeur's blog about classic videogames struck a chord with me today: I've been looking for a coffee table/photography book about downtown Winnipeg in the early to late 80s - the days of my misspent youth - to find photographs of the videogame arcades that used to make up a good bulk the Portage Avenue strip, between Memorial and Donald.

I haven't found a single book that fits the bill, and maybe it's better that way; I'm sure my selective memory has glorified the long days and weeks I spent hanging out at the downtown arcades every summer - which you could do as long as you had a permission card signed by your mother. I did. So did every kid: either your mother signed it, or you forged it. Both worked.

For nourishment, my friends and I hit the Portage Avenue A&W, which poured all-you-can-drink root beer out of giant kegs. For literature, we went to Comic World. For records, we went to Kelly's. Girls weren't yet in the picture, for some odd reason, so everything else was Long John Silvers, Circus Circus, Saratoga, and MagicLand.

Then again, that would probably be my excuse as well.

Which brings me to the book pictured at the top of this post: Supercade: A Visual History of the Videogame Age, 1971 to 1984, by Van Burnham, is the closest I've come to capturing the thrill of those heady days when "Pac-man Fever" was a Top-40 hit and Time Magazine put "Gronk! Flash! Zap!" on its cover.

Burnham does a decent job of cataloguing the important videogame titles and describing the historical importance of the most deserving: Phoenix, Scramble, Tempest, Space Invaders, Asteroids, Pac Man, Ms. Pac Man, Defender, Centipede, Donkey Kong, Tron, and Dragon's Lair, in addition to the classic videogame consoles, like Atari and Intellivision, which was pedaled by George Plimpton in TV ads for no apparent reason other than he was considered to be "intelligent."

The book also makes the case, correctly, that a big part of the appeal of the classic arcade videogames was the cabinet design, which would depict a scene that the game was not technically capable of showing.

So after you played Tempest, you could have sworn you'd seen the aliens and flying saucers pictured on the cabinet, when you had actually seen this: an early example of how marketers can encourage consumer "imagination" to overcome the boring "reality" of a product.

The videogame screen shots are the book's biggest kick - though there aren't any captions, so if you've never played the games, good luck figuring out what you're looking at.

I originally kinda knocked Supercade when I reviewed it on Amazon.com: "a design over function misstep," I think I said. However, returning to the book eight years later, it rekindled my fond childhood memories of basking in the glow of Space Invaders and Asteroids in downtown Winnipeg on a hot summer's day.

Now, if only A&W would bring back that all-you-can-drink root beer, all would be right with the world.
Posted by Kenton Larsen at 8:32 PM