10 things that crossed my mind during last night's Coldplay concert 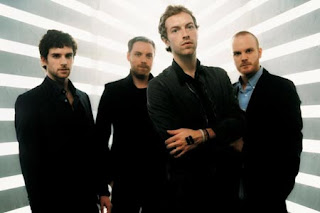 1. I sure hope the Winnipeg Free Press doesn't use the headline, "Coldplay's performance is hot, hot, hot."

2. Not that I'm going to, but where would one buy a Che Guevara meets Sgt. Pepper's Lonely Hearts Club Band meets Police-era Synchronicity outfit in Winnipeg?

3. Where are Gwyneth and Apple?

4. Confetti cannons, beach balls, and the wave never get old.

7. How does Caramilk get the caramel into the chocolate?

9. Whatever happened to that giant, smiling, arena-sized portrait of the Queen?