The Globe brings Age of Persuasion to the masses 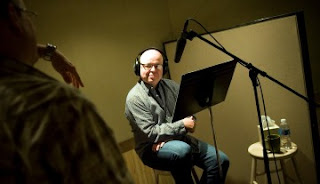 Terry O'Reilly - photograph from the Globe and Mail/Kevin Van Paasen.
Kudos to the Globe & Mail for reminding me how much I enjoy Terry O'Reilly's The Age of Persuasion on CBC Radio.

O'Reilly's show is a celebration of advertising, and how and why it works. It airs on CBC Radio One on Mondays at 11:30 a.m. and Saturdays at 4 p.m. It's required listening for anyone who works - or wants to work - in the advertising industry.

I first heard about O'Reilly when he launched his CBC summer replacement show called "On Advertising" (a tip o' the hat to ad guru David Ogilvy?).

As the Globe points out, what makes the show special is that O'Reilly talks about advertising to "the general public" and not "the ad guys." As a result, the show is consistently entertaining, and doesn't get too bogged down in the internal politics of the industry.

Have a listen here to O'Reilly's excellent show on "Great Canadian Campaigns," which includes some of my favorite Canadian ads ever: Participaction: a precursor to the equally great (and irritating) BodyBreak.

Last summer, I ordered O'Reilly's five-CD set of his original program On Advertising - which comes in a super-cool padded CD case - and listened to them as I drove across Western Canada (I'm not sure which came first: the idea for the trip or the CDs).

A more satisfying listen and trip is hard to imagine. Book yours today!
Posted by Kenton Larsen at 5:14 PM