Dear Oscar: the future of the film isn't in the theatre 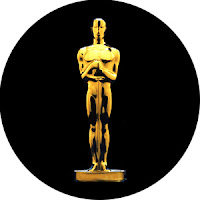 Your giant head is blocking the screen!
Oscar needs to spend a night or two at home on the sofa.

I'm a guy who loves movies and sees virtually everything that gets released - but last year I went to the theatre a grand total of twice.

Blame Apple TV and my kick-ass HD widescreen, coupled with the oh-so-shitty experience that is going to the theatre these days, what with heads of bone and butt talkin', textin', and tweetin' without regard for common human decency.


(I've written a lot about my hatred for theatres in general and Cinema City McGillivray in particular on this blog. Follow these links to read practically the same article you're reading now.)

To anyone who's paying attention, you can see it coming a mile away: the future of the film isn't in the theatre, it's across multiple platforms, wherever people happen to be.

Yes, the theatre will be one of these platforms and places, but just one of them - which is why it drives me crazy that the Academy Awards' rules look like they're from the "talkies" era:


"Academy Awards of Merit shall be given annually to honor outstanding achievements in theatrically released feature-length motion pictures..."

According to the Academy, films that get their first public exhibition in any manner other than "the theatre" can't be eligible for an Oscar - this includes anything shown on TV, released on DVD or uploaded online.

So: Temple Grandin is out, because it premiered on HBO. And so's "the new Mozart" famously predicted by Francis Ford Coppola in Hearts of Darkness:

The thing is: the future of which he speaks is now, and the question isn't "if" a little girl is going to direct the best picture of the year, it's "when."

Mighty prescient of Mr. Coppola, because at the time of that interview, there was no home video industry, downloads, or nothin' - you had to see a movie in the theatre or not at all. Nowadays it's a different story: "home" is the one with the big screen, awesome selection, great food, and respectful audience.

The future of movies

In the future, the people of Earth will laugh out loud at DVD region codes.

We are ready for movies to be released across non-traditional and multiple platforms - and even for free movies to be underwritten by brand sponsorships or merchandising (as George Lucas predicted with his famously lucrative merchandising deal for Star Wars).

We will - and Oscar will still be awarding a best-picture award to a talkie starring Julia Roberts.
Posted by Kenton Larsen at 5:44 PM