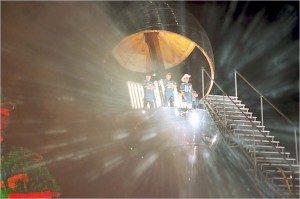 When life hands you lemons, go on tour.
A band is a brand.

Look no further than U2, which is even more "brandy" than most bands: it pulls out all of the old PR/promotional tricks all of the time, but does them so well, we generally accept the band as being "great," even though its recent musical output has been - let's face it - "shitty."

Argue if you want, and I'll just play that "Sexy Boots" travesty for you one more time, and you'll be forced to roll into the fetal position and admit that I'm right.

Yet... I still have a nagging feeling that I might want to check out U2's tour when it stops by Winnipeg this summer - am I expressing a healthy curiosity with life, or am I too a victim of U2's witchcraft?

1. Have a big idea or image that's easy to understand.

A giant lemon is best, but don't begrudge a heart-shaped stage, rotating claw, or even a 3-D concert film. As the band's set designer once told Q Magazine, "We were clearly already in Spinal Tap territory, and Bono said, "Let's do something really insane"." And the giant lemon was born.

If it works, it works. If it doesn't, your fans will just think it's an elaborate practical joke. 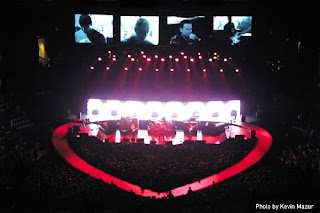 2. Brand yourself with the company you keep

Salman Rushdie? Check. Bill Gates? Check. George W. Bush. No check. They can't all be winners; however, the subliminal message is important: I'm bigger than any one rock star - I hang with "the deciders." Thanks for the word, Georgie. Yeah, he and I are on a first-name basis, see?

Check out Life Magazine's Bono and His Famous Friends gallery. 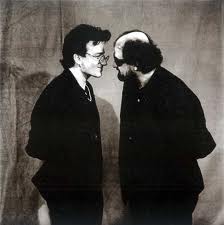 3. Hook up with the fans however you can, and engage them in conversation.

Phone them from the stage. Have a video confessional booth at the show. Slow dance with them at Live Aid - if you touch one of them, you touch all of them. Mix and match. Repeat. 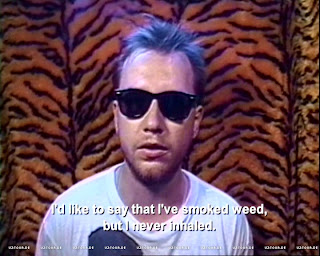 4. Apologize subtly for bad past product, and talk up the new one.

"No, really, this time the album is actually good!" 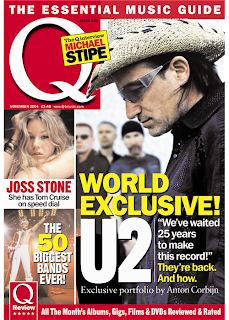 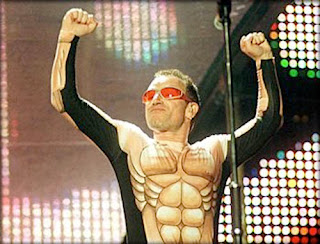 6. Parody the moneymakers while you yourself do the same thing.

Any relationship between this arch and another one you might have seen before is purely coincidental, and if it's not: it's either fair use or parody in a completely legally binding sense of the words. 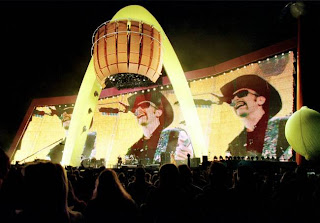 7. Graciously show up and accept whatever award anyone wants to give you.

Most organizations are so giddy to have celebrities show up, they'll be happy to bestow all kinds of honors upon them, as Chris Jericho knows.

Bono actually has talent and does good work, so his list of honors is a mile long, and even includes a trio of Nobel Peace Prize nominations.

8. At the end of the day, give something back.

See you at the show!
Posted by Kenton Larsen at 8:30 PM