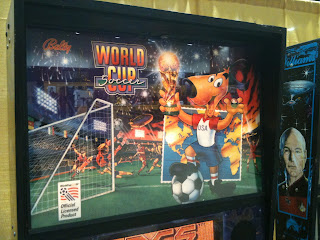 You may say I'm a dreamer, but I'm not the only one:

With the U.S. educational system in the shambles, the idea of "school as a game" is getting more traction, especially as a way to address the issue of women outperforming men at every task and level of education, something that's often blamed on men's predilection for Xbox and PlayStation.

I discovered today that Red River College's Notre Dame campus has installed gaming consoles right there in the student lounge, as if to say, "Hey, kids, wanna play these video games? OK, but first...learn - learn like the wind!" 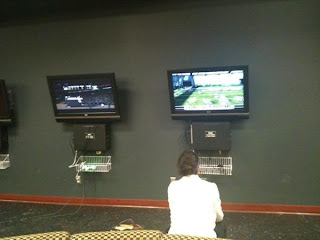 As a guy who plays more than his fair share of Xbox, I can say that I don't condone gaming as a way of life, but I understand those who do. As a member of the male species, let me just say: we're not a proud group. If it takes turning everything into a game for us to be interested, then so be it - just don't ask me to watch TV and have a conversation with you at the same time.

Life is but a game

School is just the start of it. As a great article in Fast Company magazine argues: "Video games are infiltrating - and improving - every part of our lives."

In the article, game designer Jesse Schnell makes the case that "a real-life game could be stacked on top of reality."


"You'd get points for, well, just about everything you normally do in the course of 24 hours. What were American Express points and frequent-flier miles but games that reward loyalty? Weight Watchers? A game. Fantasy football? A game stacked on top of a game that influences the way you watch a game. In the Ford Fusion, a virtual tree is embedded in the dash. The more gas you save, the more the tree grows. They put a virtual pet in your car, he marveled, and it actually changes the way people drive!"

I already use my iPhone as a "gaming layer" when I check in at a restaurant on Foursquare to earn a badge or get a discount, use the camera function on junaio to look around the Super Bowl stadium, or use the "monocle" feature on Yelp to find out what restaurants are nearby and which of my friends has reviewed them.

What are marks, anyway, but a "score" at the end of a game? And the famous Spider-Man sticker that one of my colleagues gives out to the most notable assignment in the class? Clearly an achievement badge if there ever was one (though the John Lennon in me wants to slap a Spider-Man sticker on every assignment I mark, regardless of the grade - "Nothing to kill or die for!").

For this semester's PR proposal - a magazine launch plan - I've asked students to consider adding a "gaming layer," which is becoming more and more important in advertising, PR, and promotions, especially campaigns aimed at "the youth market."

I give you the Toyota tent at the most-recent Lollapalooza - Spin the wheel!; Take your picture!; Win a Prius and cool stuff!; Create art! And then, when you get an income at some point in the near future: buy one! 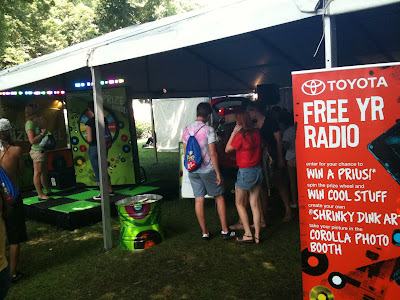 As the gaming generation grows up, games will continue to grow as a key entry point for product launches, advertising, and sponsorships, and as the key place where the two-way dialogue between product and consumer begins.

Video games have already begun overtaking time spent with other media, especially among teenage boys, who sometimes not only forget to watch TV, but to also eat and sleep when they're immersed in gameplay.

If gameplay is where the eyeballs are, that's where the conversation has to take place - just ask BMW.


"Hey, teenage boy: would you like to know more about how BMW is "making its commitment to sustainability throughout the value chain come to life?" No? OK, would you like to play some BMW Efficient Dynamics Pinball on your iPhone for free? Awesome!

"Now that you're done playing pinball, we don't need to have the conversation about BMW reducing carbon emissions - you've just had that conversation with the game." 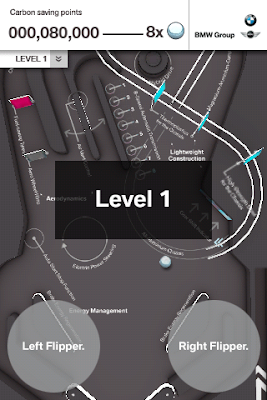 BMW's experiment in brainwashing.
If you want to make money from your game, you do what those good pioneers of FarmVille did: start with a free app and get your users to spend "virtual dollars" on value-added extras in the game and make millions of dollars pennies at a time.

I hope someday you'll join us, and the world will play as one.
Posted by Kenton Larsen at 6:12 PM