Three things I have in common with Leonard Cohen 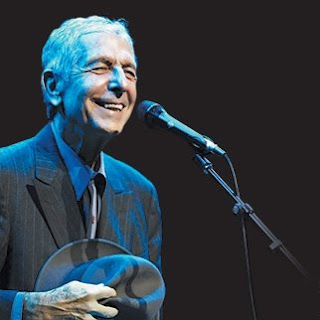 Saw Leonard Cohen last night at MTS Centre, and the man didn't disappoint: 25 songs and 100 encores (or so) over three hours. The one missing song: "Democracy," which, I guess, is what the song is all about.

It's also always fun to sing along with "the Future," the song that proves that anyone can sound good with strong background vocalists:

Leonard: When they said.

Leonard: I wonder what they meant.

Three things I have in common with Leonard Cohen

As I watched the show last night, I was reminded that I have three things in common with Mr. Cohen (other than our great singing voices):

3. We're both irresistible to women.