They laughed when I said, "iPad" - but when it started to sell! 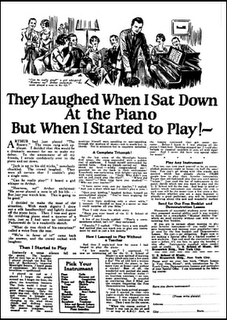 It's hard to believe it's been well over a year since I mentioned the then-forthcoming iPad to my students.

"It sounds like a Maxi-Pad!" blurted out a student, in a clear tribute to Beavis and/or Butthead.

Not long after, iTampon trended on Twitter. The Churchillian wit was spreading!

What a difference a year makes. Now, no one giggles when you say, "iPad." Those who have it get it, and those who don't are about to: it's outselling Android tablets to the tune of 24 to one.

I seldom watch TV now without an iPad on my lap - huh, huh: he said "lap" - for IMDB, Twitter, and Zite. My mother and her husband have iPads. My dad is talking about getting an iPad when version three comes out, reportedly this fall.

More and more soon-to-be CreComm students are emailing me to see if an iPad fills the tech requirements. The answer: of course. If all of my students had iPads, we could begin using the Edmodo, Idea Flight, and Blackboard Mobile Learn apps in the classroom in earnest.

And what of the girl who cried Maxi-Pad? She and her iPad are living happily ever after.
Posted by Kenton Larsen at 9:20 AM