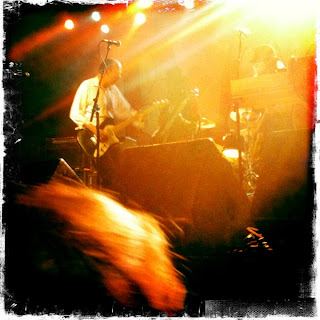 2. Wait a sec - this isn't the lead singer of Foreigner.

3. Big Audio Dynamite? I came here to SAVE BIG ON CAR AUDIO. 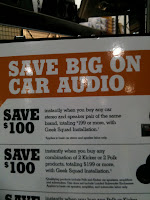 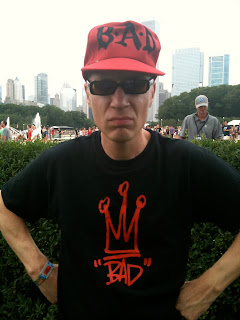 6. Don't you hate big, tall jerks who push their way past people who have been waiting for hours at shows, like this gargantuan bonehead and his butthead friend did? 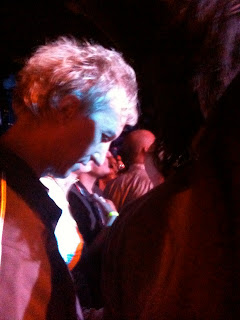 7. Do these shoes clash with a BAD shirt? Get it? Clash? Aww, forget it. 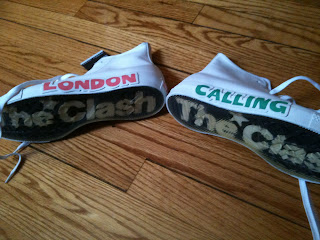 8. Now that I've seen two BAD shows in a row, I believe I'm officially a groupie. Does this mean I now have to "do it" with the band?

9. Mick Jones and Paul McCartney outlived each of their songwriting partners, and are now considered less cool than the ones who died. The lesson? Die first.

10. BAD is good. (Too bad News of the World closed down, because I think I'm a natural for headline writing.)
Posted by Kenton Larsen at 8:46 PM