I bombed my Oscar picks - I blame Mel Gibson 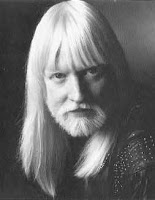 Ms. Paltrow?
The Oscars had part of my attention. The minimum amount.

I got 14 out of 24 correct on this year's Oscar picks, which means I achieved the high, high score of... 58.3 per cent or a "D." Red River College doesn't give "D+," so I can't even give myself that little emotional boost. Boo.

I don't hate the outcome of the awards, but I did hate the awards show. My observations/tweets:
As Roger Ebert so eloquently tweeted:


"The worst Oscarcast I've seen, and I go back awhile. Some great winners, a nice distribution of awards, but the show? Dead. In. The. Water."