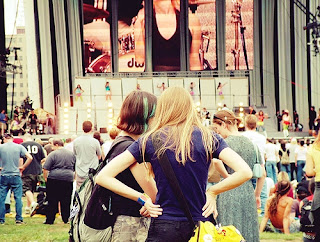 There are insults I remember in my life.

At their best, insults put down a deserving party while inflating the person's dignity who tells them - the ultimate equalizer and, if your name is Don Rickles, career move!

The best insult I ever uttered was to a ladyfriend after I found out she'd been with John and David behind my back:


"Are there any books of the Bible you haven't slept with!?"

I said it with righteous indignation, while mentally congratulating myself for being so witty.

A classic insult I once heard in England, one man on a crowded train to another:


"Your mother's Volvo smells of elk!"

Points for creativity, but what exactly is he accusing the other guy's mother of doing: giving an antelope a lift to Sweden?

When I attended Little Steven's International Underground Festival in New York City in 2004, the bands were pretty awesome, but the person I remember best wasn't onstage.

No, it was the master of the two-part insult who made the biggest impression, a middle-aged, pudgy man wearing army pants, a muscle shirt, and Tilley hat.

For the better part of the festival, the master stood silent, biding his time as band after band took to the stage. Then it was the Strokes' turn to play, and the master swung into action, slamming the band with two-part insults for which he must've practiced his entire life.

The two I remember:
I enjoyed his hilarious repertoire of two-part insults, and I wasn't alone. I watched, delighted, as two, young women posed for pictures in front of the master (without his knowledge, of course) clearly wanting to capture the magical moment forever.

The Strokes' career has never recovered.

In Flannery O'Connor's great book, Wise Blood, a sad street vendor named Enoch Emery is abandoned by his father in the city. Dejected, he insults everyone he meets.

On a rainy day, he ducks under the marquee of a movie theatre, and joins a line of kids waiting to meet Gonga the Gorilla - a surly guy in a gorilla suit. Enoch sees his big chance to impress everyone by insulting the movie star:


"Enoch was trying frantically to think of an obscene remark that would be suitable to insult him with. Usually he didn't have any trouble with this kind of composition but nothing came to him now. His brain, both parts, was completely empty. He couldn't think even of the insulting phrases he used every day."

"Enoch's heart was beating violently. The child in front of him finished and stepped aside and left him facing the ape, who took his hand with an automatic motion. It was the first hand that had been extended to Enoch since he had come to the city. It was warm and soft."

"For a second he only stood there, clasping it. Then he began to stammer. "My name is Enoch Emery," he mumbled. "I attended the Rodemill Boys' Bile Academy. I work at the city zoo. I seen two of your pictures. I'm only eighteen year old, but I already work for the city. My daddy made me com..." and his voice cracked."

"An ugly pair of human (eyes) squinted at Enoch from behind the celluloid pair. "You go to hell," a surly voice inside the ape suit said, low but distinctly, and the hand was jerked away."