When I was in grade four, my teacher Mrs. McCartney assigned an essay that would haunt me for the rest of my life.

The essay: write about all of the famous people in the world with your last name.

Sure, there's Gary Larson, creator of the Far Side comic strip, and Glen A. Larson, the frackin' guy who created the original Battlestar Galactica - but they don't count, because they're the Larsons who spell their names with an "o."

True, "Larson" is the much more popular incarnation of my name and why to this day that when I log into my computer at work, I have to see the words "Kenton Larson" come up on the screen - a total bastardization of all that's good and right in the world.

And it's also true that "Larsen," spelled with an "e" has been the cause of many a student's fatal typo in CreComm. But still: you have to admit that the "e" looks so much happier and friendlier than the "o," probably because of their active participation in the words "yes" (e!) and "no" (o!).

Forgoing all of the "Larsons," my research took me to the only famous Larsen I could find: the Larsen A, B, and C ice shelf: a three-part block of ice in the Antarctic named for Carl Anton Larsen, the famous captain of a Norwegian whaling vessel who visited the site in 1893. Hey, four famous Larsens in one!

(And we can all be thankful that there's no Larsen E for the puns alone.)

So, I wrote my paper and got an A, because my crazy teacher thought my crazy paper was original for comparing myself to a block of ice.

I forgot about it until I went to see Al Gore's environmental documentary An Inconvenient Truth and found out that two-thirds of my most-famous namesake - Larsen A and B - had crumbled into the sea.

"Nooooo - that was the project I did for crazy Mrs. McCartney in grade four when we had to write a paper for her crazy class!" I shouted at the Volkswagen-sized projection of Al Gore on the screen. He was unmoved.

The crappy film, the Day After Tomorrow, added insult to injury by turning the Larsen B collapse into a lame action sequence.

It's sad to consider that the only thing standing between the obliteration of the entire ice shelf, the environment, life on Earth as we know it, and - most importantly - my last name is the Larsen C ice shelf.

Sez Wikipedia in a post flagged as "neutrality disputed:"

"Although the remaining Larsen C region, which is the furthest south, appears to be relatively stable for now, continued warming could lead to its breakup within the next decade. If disintegration should occur with this last major sector - then the enormous Larsen Ice Shelf viewed in 1893 by Carl Anton Larsen and his crew...will largely be gone in just over a century after first discovery, which is a mere flash in geologic time." 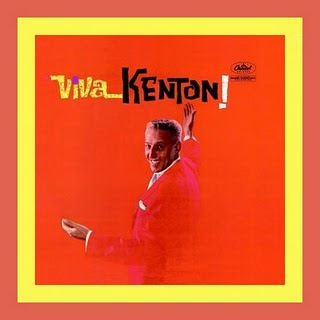 Posted by Kenton Larsen at 9:11 AM