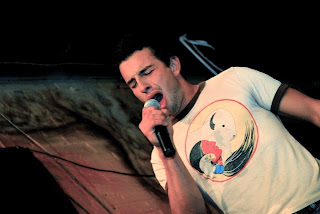 The time is running out to buy advance CreCommedy Night tickets. The big event takes place at Rumor's on Monday, Nov. 7, 2011.

Advance tickets are available until Thursday morning from me, Kenton Larsen, comedy promoter, esq. After that, all tickets must be purchased at the door on the night of the performance.