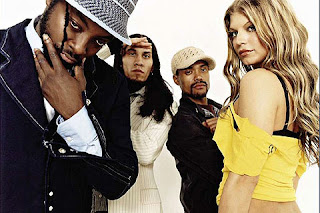 The first sign that tonight's gonna be such a lame night.

In this confusing world in which we live, it's nice that some things remain reliably sucky.

What's riding me? What's my beef? What sucks? The usual. Thank you for asking.

1. Meter readers - Storied in song and songed in story (by me), I imagine the justification for taking the job and ticketing the good and well-meaning citizens of your hometown has got to be pretty weak indeed: "I'm just following orders," "I meet a lot of interesting, new people (who yell at me)," and "I'm the thin line between parking order and anarchy."

2. Black Eyed Peas - So painfully desperate to sell us on the idea that "tonight's gonna be such a good night," we know that tonight can be only the worst possible night of all time, played out to a badly sampled tune with loads of faux-street "Yeah, yeah, yeahs" hollered over it.

3. Hulu - It's the World Wide Web, but we're going to return it to the era of region codes by blocking "some areas" from watching our videos. Which areas? Everywhere but the U.S. Hulu: the Berlin Wall of the Internet.

4. YouTube - I've told and retold the whole story about YouTube's hypocritical copyright policy, and it still grinds my gears, not just because it's inconsistent, but because the folks at YouTube are so self-congratulatory about how progressive they are. Hey, YouTube: TubeYou.

5. Noisy neighbors with a third-grade education - I understand that lightning and thunder is bright and loud. I understand that you enjoy it, and like to cheer when you see and hear it. But please shut up. I beg you.

6. Acting _______ - If the lamest job in the entire world is "actor," pretending to be someone you're not and saying the words that someone else has written for you, then the lamest word to affix to any job title is "Acting _____." Thanks for the offer, acting brain surgeon, but I'll wait for the other guy to come back from vacation.

8. Airlines - You pat my privates, wedge me into a tiny seat, feed me nothing, and the advertised $300 flight to England is actually $2,000 after fees. Next time: I swim.

9. "I just love the feel of the newspaper" - Lately, there's no shortage of folks longing for the simple times of day-old, gatekeeper-provided news delivered on cheap, smelly, and inky newsprint. This phrase is now officially banned for people under 25, and anyone who has even once expressed concern that we're killing too many trees. By the way, have I ever mentioned how much I miss the sound of the telegraph?

10. Prepay gas pumps - What better way to tell your customers, "We don't trust you," and those without credit cards, "We don't want your business." Even better: in the U.S., you must enter your zip code before the pump starts doing its thing, instantly disqualifying every Canadian.
Posted by Kenton Larsen at 2:28 PM