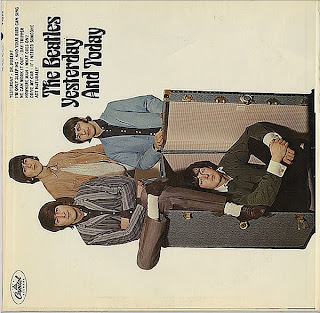 It's very unlikely that a dead guy would continue to record albums, tour around the world multiple times, and get married to Heather Mills, but it's just crazy enough that...it might be true!

I see that CreComm instructor Duncan McMonagle recently had his summer students (School in the summertime? No class!) explore the idea of urban legends and how they can get past the most astute editor, which I believe has more than a little something to do with the old journalism adage (stated ironically here, for your reading pleasure):

"Don't let the facts get in the way of a good story!"

My favorite urban legend is one that still has a surprising amount of traction. It's the one that goes like this: the Beatles' Paul McCartney died in a car accident in 1966 and was replaced by a lookalike, soundalike actor/singer.

I first heard about this urban legend when I was a Beatles-obsessed kid. Paul was my favorite Beatle, so I worried that it was true and spent hours and hours reviewing "the evidence" - little clues that were supposedly placed by the other Beatles in their albums' songs and artwork.

How ridiculous that anyone could believe...then again, it could be...it's true, and here's the evidence to prove it!

Paul is dead! The evidence:

Play these songs backward - or follow the links to YouTube to hear other people do it - to hear about how Satan killed Paul McCartney in a car accident:

3. The album photographs and artwork

In the photos, Paul wears a patch on his left arm: OPD = officially pronounced dead! Or is that "Ontario Provincial Police?" 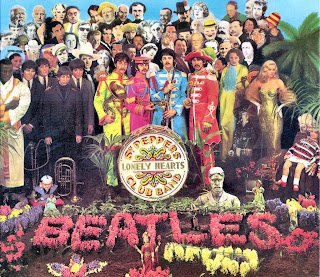 Paul is "marked for death" by the hand being held over his head.

At the bottom of the picture, Paul's bass is surrounded with yellow flowers, sitting atop...a grave?!

Paul is the only member of the Beatles holding a black instrument.

In the younger representation of the Beatles, Paul consoles Ringo, because that's the era in which Paul died.

Paul's back is to the camera.

The words "without you" in the song title appear above his head.
On the poster insert, a dead Paul floats in the bathtub in the top, left corner.

Paul also sports a new scar on his lip - though it's tough to see online. 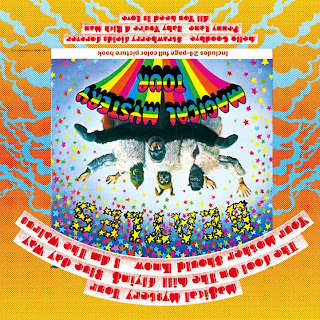 Turn the album upside down to reveal a "hidden phone number" in stars, where you can phone to find out details of Paul's death. If only we had an area code...and knew how to dial an upside-down "A."

In the album's photo booklet, Paul's "double" sits at a desk with a sign that reads, "I was you."

In the same booklet, another hand marks Paul for death.

In the video for Your Mother Should Know, Paul is the only Beatle wearing a black carnation. 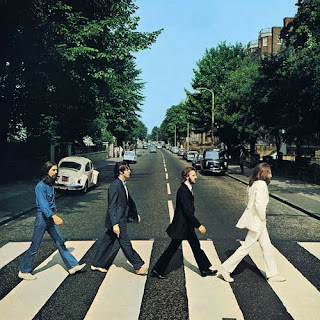 The gravedigger, the corpse, the pallbearer, the minister.
Paul, "the corpse," has bare feet, closed eyes, and is smoking a cigarette.

Volkswagen license plate: 28IF. Paul would be 28 IF he had lived.

On the back cover, a shadowy skull and bullet holes. The holes connected form a "three" - one for each of the remaining Beatles. Ask not for whom the bell tolls, Beatles, for it tolls for three!

Duncan: can I please have credit for this assignment?
Posted by Kenton Larsen at 10:26 AM