1. Dearborn at Adams street. Shake it up, baby!


Like a modern-day principal Rooney, you can spend an entire day off in Chicago searching for Ferris Bueller.

"Ferris is one of my favorite movies of all time. It has one of the highest repeatability factors of any film I've seen...I can watch it again and again."

So, I spent much of last year's Chicago trip scouting Bueller locations, from the parking garage that looked after Cameron's dad's red Ferrari to the red mantis sculpture on Dearborn St. where Ferris rocked the 10,000-plus crowd with Twist and Shout (the first place to visit, above).

This year, I'll probably do the same. Visit the locations, not rock the crowd, though I won't rule it out on a future visit.

And, this year, I no longer believe that one can reverse mileage on a Ferrari by propping up its back wheel on a cinder block right next to a wall-sized window. What the hell was I thinking? 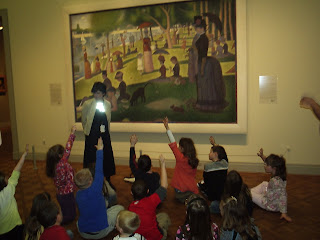 "Who here has a domineering father and an empty life?"
Good times, for a change!

So, you're not allowed to take a photo of any of the artwork at the good Institute, I found out after I took this one. D'oh.

But you can gaze into Georges Seurat's "A Sunday on La Grande Jatte" and reflect on the emptiness of your life, just like Cameron did. 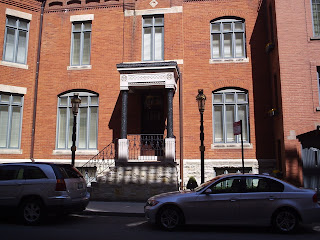 It took me a while to track down this one. For some reason the address has been removed from this location - too many middle-aged guys looking for the place where Bueller pretended to be Abe Froman, the Sausage King of Chicago, I'll wager.

A lovely residence and a lovely walk through a lovely neighborhood. Lovely. 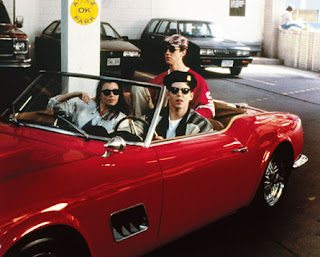 Not much to see here, except the most-famous parking garage in history! Bring the Star Wars theme on your iPod. 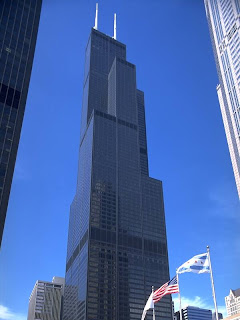 Everyone on the trip gets a pass to the newly named Willis Tower. Call it "Sears" if you don't want a Chicagoan to beat you senseless.

Press your head against the glass and contemplate the ant-like nature of humankind, just like Ferris did.

And, take a step out onto the new, 103rd-floor glass balconies, which Ferris couldn't and didn't do.

You've gotta take the Red Line train to get there, but it's worth it, especially if the Cubs happen to be playing that day.

If you're going to propose to your honey on the trip, do it like Ferris did: at the Chicago Board of Trade tower while Cameron practices his floor-trader hand signals.

You can't book a tour anymore, thanks to those terrorists who hate all of our freedom. But it's still an awesome tower. And you can still propose.

Off the beaten path:

1. Ferris' school interior (and the Breakfast Club interior, while you're at it): Glenbrook North High School, 2300 Shermer Road, Northbrook (catch a train from Union Station)

3. Save Ferris water tower - North of Glenbrook Station, between Cedar Lane and Meadow Road. They apparently really painted the slogan for the movie, but - sigh - it's painted no more.

4. Cameron's home - 370 Beech St., between Linden and Wade. Includes the glass Ferrari garage, and it can be yours for a mere $1.8 million. Tom Cruise also lived here in Risky Business.