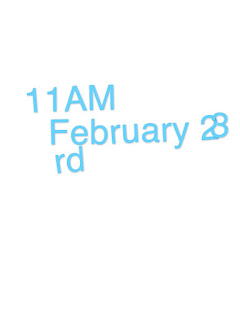 Reminds me of the time that this random person told me this random story about this random event that randomly unfolded at the International House of Random. But that's another story...
Posted by Kenton Larsen at 10:07 AM