7 lines to make it seem like you care about hockey 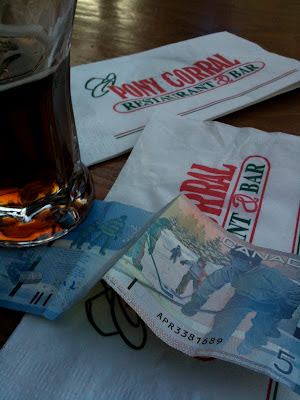 If you're like me, you tuned in to the Stanley Cup to watch the Kings versus the Devils, and were disappointed that there weren't members of the Royal family battling demons.

Compared to the average Canadian male, my hockey knowledge is wanting at best. I came to this realization in in grade two when I attended Robbie "Stretch" Armstrong's birthday party, and his dad gave out prizes to kids who could correctly answer hockey-trivia questions.

"Who played right wing for the Philadelphia Flyers in 1970?" he asked.

"Kookamunga!" I blurted out to laughter from the other kids, but not Mr. Armstrong. I didn't get a prize.

Since then, I've found myself sitting in many a-basement with many a-hockey fan, forced to make many a-conversation about many a-hockey game. I've tried to care, but the fact is that, deep down inside, I really don't.

To survive, I've developed seven lines to make it seem like I care more about the game than I do. At your next Stanley Cup party, simply mix and match as required:

1. The boys have got to get into the corners.

When nothing's going on and no one's scoring goals, simply say this over and over and over. This phrase sounds much more authoritative when delivered in a French-Canadian accent, but if you deliver it that way, remember: you're going to have to commit to the accent for the entire evening.
2. Put the biscuit in the basket!

You can shout this with excitement if your team comes close to scoring a goal, or with frustration if it doesn't. Either way, people love biscuits in baskets and the image will conjure up a simpler time when men ate biscuits out of baskets when they watched the game. Whatever you do, don't shout, "Put the puck in the net!" because it's dirty.

When a hockey player gets a puck away from another hockey player, you can just say, "He won it cleanly." No one knows what it means, but it was repeated ad nauseam in Sega Genesis NHL hockey and has the ring of something that only a true hockey connoisseur would say.

5. If it happens all the time, why's it called a one-timer?

As it turns out, hockey fans know a one-timer when they see one, but can almost never explain how it got its name. When they're unable to answer your question, it will be they, not you, who feel inadequate.

6. Two minutes for looking so good!

Every time a player gets a penalty, say this. All the men in the room will laugh, as they remember this classic Canadian TV commercial:

Enjoy the Stanley Cup, and - Kookamunga!
Posted by Kenton Larsen at 4:58 PM