Eleven new words that taste great and are less filling 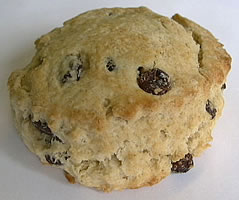 
1. Anarchrist - A political faction advocating religious funding by a government it believes should be abolished.

2. Bombedy - Comedy that's funny because it's not funny.

3. Jobbyist - Any boss in the tech industry who believes that he is the next Steve Jobs, when in fact, he is pursuing a hobby. And, yes, it's always a "he."

4. Misjoke - To make people laugh with inaccurate or inappropriate humor.

5. Schrural - An educational institution in the country.

6. Swequity - An increased value in gym shorts earned from a famous person perspiring in them.

7. Synonym Buns - A category of pastries that includes scones, rolls, and eclairs, but not buns themselves.

9. Uniqueness - A measurement that describes how one of a kind or unlike anything else something is. "Your uniqueness level is one out of 10."

10. Webding - A wedding conducted over the Internet.

11. Wryrony - The dry and mocking expression of one's meaning using language that normally signifies the opposite.
Posted by Kenton Larsen at 10:46 AM