When is "something new" not? 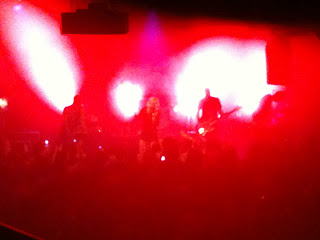 When I was a kid growing up on the mean streets of white, middle-class, Protestant suburbia, there was a magical time that came but once a year.

I could only be talking about "Charleswood in Motion Days," which had something to do with getting people out of their homes and outside together to play games of chance and introduce cotton candy and tiny donuts to their already shaky metabolisms.

At night, we'd wash it all down at the beer garden, where we'd be treated to some of the greatest bands that Charleswood had to offer. Which is to say: they sucked.

One year, the emcee offered the crowd a glimmer of hope.

"Are you guys ready for something new?" he shouted from the stage. Desperate, we took the bait.

"Ladies and gentlemen - here's something new!"

The band ran out and the lead singer said, "Hi everyone. We're something new!" and launched into a lame Suffragette City cover.

Which is when we realized that Something New wasn't something new - it was the name of the band. And we'd seen them play the identical set the previous year.

"Thank you," said the lead singer.

The following year, we formed our own band called Nothing Special. We opened for Something New.
Posted by Kenton Larsen at 8:00 AM