Is "word of mouth" finally an advertising medium? 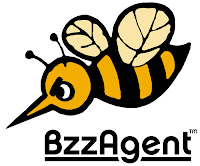 One of the great things about being a teacher is watching information transform over time; what's "true" on the true-or-false test today, is often "false" tomorrow.

For the past six years, I've started the Introduction to Advertising class the same way: by asking the ludicrously simple question, "What is advertising?"

The question is great, because everyone thinks they know an "ad" when they see one. But very quickly, we usually get into some questionable territory:

After much debate, someone usually brings up the big question: "Is word of mouth advertising?"

For the past six years, I've said the same thing: it's not advertising - or even an advertising medium - because you can't go into an ad agency and say, "Give me $5,000 worth of word of mouth." Plus, it's not measurable. So there.

Next year, I may have to change my answer. And be a little less smug than usual.

Enter BzzAgent, a Boston-based, word-of-mouth agency that is, in fact, "selling chitchat."

I first heard about the company in Rob Walker's great book, Buying In. It's a must-read for anyone even marginally interested in advertising or the new methods that marketers are using to get more of our money without us knowing about it. The chapter on BzzAgent originally appeared in Walker's article in the New York Times, which you can see right here.

In a nutshell, BzzAgent connects marketers with its network of volunteers to talk up whatever the marketers are selling. BzzAgent says it has 500,000 of these volunteers, which it calls "Agents." Agents register themselves for free on BzzAgent's website, then volunteer to take part in buzz campaigns; they file reports and earn points, which they can cash into rewards.

Here's the trade-off: Agents get to be the first to try products, and marketers get to spread discussion among "the right people" to create brand interest, which is something that ads stopped doing a long time ago. And BzzAgent gets to brag about transforming conversation into "a targeted and measurable media channel." Pretty neat trick.

Being unable to resist a good deal, I registered as an Agent about a month ago. I first got BzzAgent's brochure in the mail, a handy dandy guide that includes a code of conduct (Don't lie about being an Agent!) and two pages of bumble-bee stickers. Another marketing trick, if I ever saw one.

A few weeks later, I got an e-mail asking me to be part of a buzz campaign for Nabob Coffee, which - you're right - I buzzed about earlier in this post. I registered online by answering a few questions and - voila - today I got my two free packages of environmentally friendly NABOB Coffee in the mail. Result!

A BzzAgent brochure in the package explains NABOB's sustainability commitment and its relationship with the Rainforest Alliance and suggestions about where an Agent might want to create buzz:

And suggestions, re: what to do with your free samples:

So, next semester, when I talk about this in class as a case study, will I be teaching, creating buzz, or both? And - if I'm honest about it - does it matter? Fascinating questions, and more complicated than "What is advertising?" I just hope I can cash my points in for something really cool - like a NABOB baseball hat.
Posted by Kenton Larsen at 8:43 PM