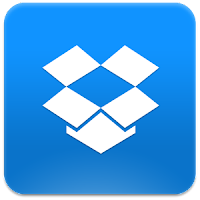 Dropbox is an awesome technology tool that a number of teachers, support staff, and students are already using at my college, but that has not been officially introduced into the classroom or endorsed by the institution.

It's one of the reasons I believe that "work-approved" might be the most-dangerous two words in any workplace, including the educational environment.

My theory is that if “opinion leaders” (or “trust agents” in online parlance) adopt and use a piece of technology at work without being prompted, there’s probably something pretty useful going on there, in addition to a strong argument for considering a carefully planned approach to workplace (in my case: "classroom") integration.

In my discussions with staff, Dropbox comes up a lot. I use the app every day, love it, and have integrated it into my life so I can’t live without it. However, what intrigues me most about this innovation is that schools and other workplaces have been so slow to adopt it.

Dropbox is a free web and mobile app tool that stores and syncs files, so you can access, update, and share them from home, work, or virtually anywhere using your laptop, desktop, smartphone, and tablet.

When you update documents, they sync across these devices, and Dropbox saves a copy to your laptop’s hard drive for backup. It has deeper implications in the classroom as a learning tool.


“Dropbox is the embodiment of the consumerization of IT. It makes saving files online mindlessly simple. Want to give a bunch of people access to your 12-MB PowerPoint presentation without crushing their inboxes? Save it to Dropbox and give them access.”

Dropbox is part of the migration to cloud computing through services like Apple’s iCloud, Microsofts’s SkyDrive, and Box. What makes Dropbox special is its simple design, ease of use, famous investors (U2’s Bono and The Edge) and 50-million users (by its own estimate).
What’s the controversy?

Can 50 million users be wrong?

Many workplaces have a pathological fear of technology "housed on off-site servers" for reasons of privacy, performance, and security. The concern about online security isn’t without merit, as evidenced by recent cyber attacks against Twitter and the New York Times.

Murphy acknowledges this common fear and adds another issue to the pile: “transfer(ing) limits trying to upload from my iPad an enormous file containing video of an entire half of my daughter's soccer game.”

So, Dropbox isn’t perfect. However, the alternative – using an internal Dropbox system – is no walk in the park. At my college, students and instructors have a public “shared folder” and a private “secure folder,” which require separate passwords to access.

As anyone who’s worked with an internal IT system knows, this system is equally vulnerable to blackouts and security issues. As well, it’s impossible to access the internal system using mobile devices.

I, and Murphy, argue that the answer can’t be to provide “something inferior” or, even worse, “nothing at all” out of a fear of the worst-case scenario.


“IT needs to get excited about this trend,” says Murphy. “In the not-so-distant future, if not now, your employees will expect a "bring your own cloud"- BYOC - policy that mimics their consumer experience.”

“Mobile devices will increase pressure to provide an easy way to move things created on a PC to a smartphone or tablet, and to share huge files without exceeding corporate inbox limits (or resorting to Gmail).”

Downloading and setting up Dropbox for yourself

Downloading and setting up Dropbox in the classroom

In addition, you could provide each student with a Dropbox folder inside each class, so only you and that individual student could see it.

Integrating Dropbox into the classroom

Now that you’ve got it all set up, this is where the fun begins. You can use Dropbox to:

Using Dropbox eliminates the need for you and your students to use external storage devices and easily share and collaborate on documents. This includes documents that are too large to send by email.

The great thing is that you can share the documents from “anywhere.” I’ve been known to remember to send my class an assignment or article on the bus ride home from school and – presto – off it goes from Dropbox and the comfort of Winnipeg Transit.


“If Blackboard or your Web-hosting provider goes down, where would your students turn? How long would it take you to recreate those systems? If your documents were also stored in a public folder in your (Dropbox) account, anyone could access them from any device (including mobile devices), and you would have a backup ready to transfer to another system.”

In addition, Dropbox saves your files to your computer’s hard drive, so even if the worst-case scenario happens (the app gets hacked or goes away) you’ll always have them.

Dropbox provides each file with a time stamp, so you can tell what date and time it was delivered.

As I mention earlier, teachers can create shared folders for each student, allowing them to submit private assignments and save collections of items, like portfolio pieces, without anyone but you and them seeing it. The teacher can open the assignments and make changes or comments.

5. Get students to have discussions and work collaboratively.

“Shared” and “public” folders allow you to get students to work in groups or publicly, as you require. You can also use Dropbox as a substitute for Google Docs and wikis: one student saves a document in the file folder, and another opens it and adds or amends content.

Teachers shouldn’t be limited by what they believe they can use this tool to do; by using it and being open to student suggestions, more uses will inevitably arise.

I’ve recommended Dropbox to individual students who’ve asked about it. The great thing is that it takes very little training (if any) to figure out, and is so useful that students generally start using it by default and coming up with new ways to incorporate it into their day-to-day routines.

In addition, using Dropbox encourages students to use other great mobile apps – like Evernote, Documents (formerly Readdle Docs), GoodReader, Documents to Go, and hundreds more, which are compatible with the app.

I also believe that integrating Dropbox into the school environment goes hand in hand with starting an iPad school program and effectively using it in the classroom; consider Dropbox as the gateway to a larger world of iPad apps, cloud computing, and mobile technology.

Justo de Jorge Moreno (2012) of the University of Alcala in Madrid studied using “networking and Dropbox in blended learning by university students.”

The study (which suffers from a rocky translation to English) aimed to measure the “autonomous, collaborative, and proactive learning of students” as they correlate to online and face-to-face learning when these students use social networking and Dropbox.

The findings:
In another study, Eugene Geist (2011) examined “the practicality and efficacy of using tablet computers in the higher education classroom.”

The research involved supplying iPads to “students in a senior-level teacher preparation class” for 10 weeks and encouraging students “to use them in the way that felt the most natural and beneficial.”

Of note is that the students not only found tablets useful for themselves, but also “beneficial in their clinical work in elementary school classrooms.” Among the reasons why:
Geist’s conclusion is a call to arms for mobile technology and the app:


“The "app" will become the new way to deliver information quickly and efficiently. It is no longer just sufficient to have a webpage or to use a course management system such as Blackboard or Moodle. Students want to do everything on their phone or pad device rather than on a laptop or desktop computer. By 2025, we will have children that have grown up never knowing a time when they did not have mobile devices with instant access to information. We must be prepared.”

Dropbox is not just the tip of the iceberg for tablets and apps, but perhaps also the canary in the coalmine for traditional IT departments. While your IT department may be well-intentioned it’s, as Geist says, “fighting a losing battle” and missing the larger point: the technology is not only about “apps and mobile,” but changing one’s mindset about education altogether.

The reality is that there will always be privacy and security concerns around technology. While anyone is well advised to be vigilant when using online resources, there is little evidence to suggest that Dropbox is any worse than, say, Facebook, Twitter, LinkedIn or Amazon – websites and apps that hundreds of millions of people use every day.

As Geist says, “Mobile technology is moving speedily forward whether teachers and university faculty like it or not.”

Schools not only need to keep up with this shift, but lead the way. Getting left behind is not an option.
Posted by Kenton Larsen at 9:00 AM