Wouldn't it be gross if...you discovered the key to life? 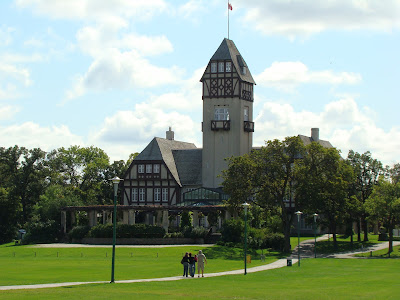 Assiniboine Park from Wikimedia: keep your pants on, folks.

From the mouths of babes.

Back in high school, I once drove through Assiniboine Park with some friends, and one of them - apropos of nothing - said, "Wouldn't it be gross if everyone in the park dropped their pants, and you were forced to smell their bumholes?"

After initially mocking him, we broke into discussion groups, hashed out the issue in detail and came to a consensus: it wouldn't be so bad if you wanted to do it, but if you were forced to do it, it would be awful.

Years later, I'd discover that we'd not only cracked (Get it? Cracked? Awww, forget it.) the conundrum, but also come up with the key to school, work, and life.

My friend who initially posed the question is doing well in Toronto, where he does PR for the Canadian government. He says the job stinks, but it's not so bad if you want to do it.
Posted by Kenton Larsen at 2:53 PM