Why this year's Oscars will suck 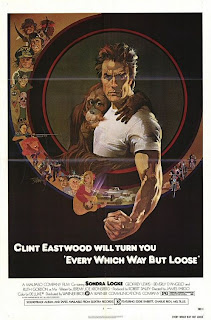 This year's Oscar nominations were rolled out earlier this week to a collective yawn.

Timing is everything: it's kind of hard to get excited about actors winning awards when you've just seen Bush finally leave the White House and Obama become U.S. president.

Hell, I've been on pins and needles the whole week waiting for the J. Crew website to come back up, so I could buy myself an outfit just like the Obama kids. Those kids are so darn cute. And so will I be in my new orange fuzzy hat-and-coat combo. Am I right, people?

Yes, it was great to see two, great former TV actors nominated for Oscars: Richard Jenkins (The Visitor) - the dead father in Six Feet Under, and Melissa Leo (Frozen River) - who was on one of my favorite TV shows of all time: Homicide: Life on the Street.

But these aside, the Oscar nominations were a big letdown:

1. No nomination for the Dark Knight or director Christopher Nolan.

Yes, there were problems with the movie, but no film has done more toward restoring dignity and smarts to the summer movie blockbuster since forever. Say goodbye to ratings on Oscar night, nomination committee.

2. Robert Downey Jr. is nominated for the wrong film.

Tropic Thunder really sucks after Steve Coogan blows up. For my money, the Downey nomination should've been for Iron Man; a superhero film that wouldn't have been anywhere as near as good without the involvement of its lead actor.

Today, a friend of mine disagreed, saying, "No one has ever done what Robert Downey Jr. did in Tropic Thunder." Yeah, except for C. Thomas Howell in Soul Man or the Wayans brothers in White Chicks. Sigh.

Half (or more) of his performance is CGI. Frank Oz, Andy Serkis, and - especially - Jar Jar are scandalized.

See above poster. Duh! Give this man what is rightfully his.

5. Kate Winslet proves the joke in Extras is true.

In the great TV show, Extras, Ricky Gervais tells Kate Winslet (playing herself) that she'll never get an Oscar without doing a Holocaust film. Err....he was right. Joke go poof.

6. WALL-E is nominated in the cartoon category.

As "the movie guy" would say: "In an world where nothing is for everyone, this is everyone's favorite film of the year." It would've been super cool to see this one win the best-picture Oscar. It won't be quite as exciting to see it beat Kung Fu Panda.

7. What's with the best song category?

This category usually has five songs in it. This year, it has just three: two from Slumdog Millionaire and one from WALL-E, none of which anyone on planet Earth could hum at gunpoint.

Lots of folks are up in arms about Springsteen not being nominated for the Wrestler, but I don't really mind, since he got away with murder when he won for "Streets of Philadelphia." But how could there not be more songs worth nominating?

One thing that you can count on: as usual, the best picture will be the one that wins the "Best Foreign Film" category.
Posted by Kenton Larsen at 2:20 PM